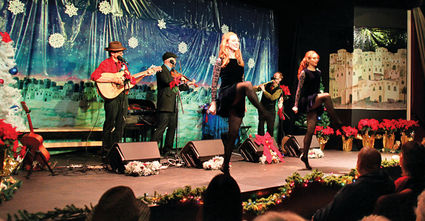 Amelia and the lads of Molly's Revenge encouraged audience participation for certain songs and did not take no for an answer. The audience reluctantly and gradually enthusiastically obliged and by the end of the concert were stamping their feet and clapping in time with the music, thoroughly engaged. The concerts each ended with standing ovations, well deserved, and encored with a tender rendition of "Silent Night."