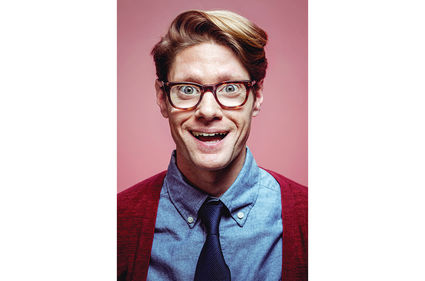 Mountain High Comedy's Alex Valencia will host a comedy benefit show at the historic BeeKay Theatre to benefit the less fortunate in Tehachapi. One hundred percent of the proceeds will fund a Thanksgiving meal at Layla and Milo's Soup Kitchen, located inside The Shed restaurant on Tehachapi Blvd.

The headliner, Tommy Ryman, was a semifinalist on NBC's Last Comic Standing.

Ryman is regularly heard on SirusXM and iHeartRadio. Tommy's act can be described as absurdist and cleverly masked behind an endearing, innocent demeanor. A Last Comic Standing judge raved, "I have never seen anything like Tommy before in my whole life; he is one-of-a-kind, fantastic!"

Tommy Ryman's humor can also be found on numerous Dry Bar Comedy videos and he has played dozens of clubs and shows all around the country.

The hilarious music of Geoffrey Eggleston will also be featured at the BeeKay Theatre the same night. A native of Omaha, since moving to Los Angeles he has been regularly featured at the Comedy Club, the Ice House, Flapper's Comedy Club and The Comedy Store. Geoffrey also performs regularly with the Rebels of Comedy.

Alex Valencia is the host of a weekly show at the Layla and Milo's Soup kitchen, which provides not just a good meal but a night out with free entertainment ranging from karaoke to stand-up comedy totally free for anyone and everyone in the community. One hundred to one hundred and fifty meals are served each weekend at Layla and Milo's Soup Kitchen.

Tickets will be available at http://www.Eventbrite.com; at Red House Barbecue, 426 E. Tehachapi Blvd. and at the door.

The real story here is that Alex Valencia has successfully pulled together a coalition of individuals, businesses and two non-profits in order to make this benefit a success. His efforts and several comedy shows over the last couple of years have funneled money to local non-profits helping teens, children and the less fortunate through his church.

Mr. Valencia said, "I believe that when we are in a position to help those in need, we should. God has given me a gift of humor and I can use that gift to help make people happy. I can use that gift to provide a Thanksgiving meal and benefit others. Often I worry about the 'how,' but we live in a generous community whose support we can all count on."

Alex Valencia grew up knowing poverty, but his mother still provided for the family and was able to help others. "My Mom taught us to give of ourselves and to share even when we had very little," he stated. 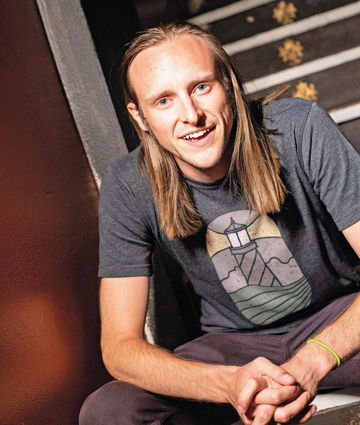