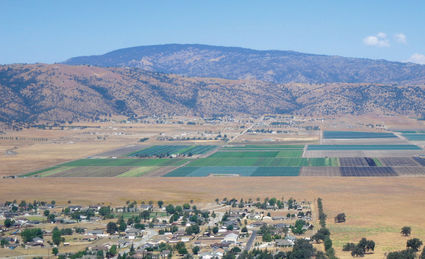 The Tehachapi-Cummings County Water District is close to securing a judge's stamp of approval on a legal action that began in 1972 regulating groundwater pumping in Cummings Valley.

The legal action, Tehachapi-Cummings County Water District, plaintiff, vs. Frank Armstrong, et. al., defendants, sought to establish pumping regulations that would protect the supply of groundwater in the Cummings Basin. After the state of California appealed the original judgment in 1975, the case was removed from the calendar and lay dormant until 2015, when the water district undertook to renew the effort to protect the basin.

Armstrong was the owner of Tehachapi Turf, the first alphabetically in a long list of well pumpers who were named as defendants. While only three of the original defendants remain active, the water district currently is engaging with 144 active pumpers to bring the legal action to a conclusion.

At a two-and-a-half hour meeting for stakeholders on Sept. 27 at water district Brite Lake headquarters, district Manager Tom Neisler presented a detailed analysis of the district's settlement plan, which includes metering wells and allocating well water based on a land-use formula.

"The Cummings Basin," Neisler said, "is half full, and it has been losing water for 20 years."

Neisler and water district counsels Bernard Barmann and Robert Kuhs addressed the concerns of the smaller landowners who were worried that a settlement – which they are being asked to sign – would impact the availability of water, lead to loss of control following the installation of meters and trigger increasing costs.

The amended settlement, or stipulation, is based on the concept of equitably sharing the groundwater resource. Early studies set the annual native safe yield (the amount of water that can be taken from the basin without depleting the resource) at 4,090 acre feet (AF) a year, a number that subsequent studies have shown to be unsustainable. Recent 2015 data show a more accurate safe yield to be 2,990 AF a year, which is the water district's target.

"Our goal is to make sure we have water for everyone," counsel Kuhs said. 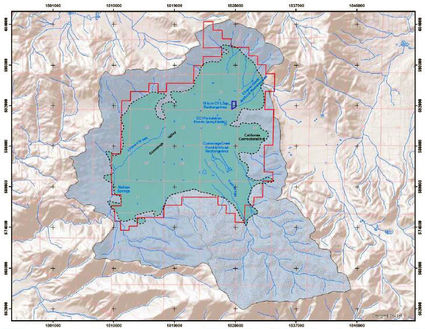 In a years-long series of negotiations, the water district has hammered out a groundwater agreement with the big agriculture companies that farm Cummings Valley. While the stipulation has yet to be signed, the ag companies have agreed in principle to a significant reduction in well water usage.

"Ag had to agree to cut 27 percent," counsel Barmann said. "They're taking the big haircut here."

"The large landowners," he said, "realize what it takes to preserve the integrity of the basin."

Grimmway Farms Director of Land and Water Resources Matt Vickery said the company is coming to grips with the cutback. "We are going to supplement with surface water or drop production," he said.

The farms can buy supplemental State Water Project (SWP) surface water off the water district pipeline for a higher price than the groundwater.