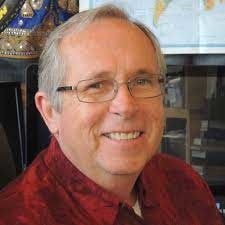 5G is about speed, bandwidth and low latency. Speed for streaming video and gaming, bandwidth for smart devices, augmented reality and virtual reality, low latency (latency for the time it takes to get a response to information sent – lower is faster and better), which will be critical for self-driving cars and industrial robots.

Low-frequency 5G (below 6 GHz) uses much of the existing 4G network but at only slightly faster speeds. Initially, most rural 5G is planned to be low-frequency 5G because existing towers have a good range and because they're already there.

High-frequency 5G (above 6GHz) uses millimeter-wave channels at 29GHz and 38GHz for very high speeds. But the higher the frequency, the faster the signal drops off. High-frequency 5G needs lots of new cell towers to get good coverage, and that costs money.

Oh, and you'll have to buy a new phone to connect to a 5G network.

I think I have 5G already

Nope. You're probably thinking of that 5G you see when you're connecting to WiFi, but that's just your WiFi router. WiFi routers connect to the internet by a cable, phone or fiber optic modem and not a cellular network. 5G WiFi and 5G cellular networks are not the same thing.

There are posts on Facebook (FB) and some "alternative" health blogs warning that 5G is dangerous to people. These articles claim that 5G has higher energy radiation that can damage human DNA and lead to cancer, can produce oxidative damage that can cause premature aging, disrupt cell metabolism and generate stress proteins.

Mind you, none of the FB posts or blog entries cite any studies we can look up. In fact, many of the claims on Facebook mirror a series of reports on Russia's RT America news channel. RT America is linking 5G signals to brain cancer, infertility, autism, heart tumors and Alzheimer's disease - without any scientific support. At the same time, Russia is moving forward with its 5G deployment. Hmmm. If 5G is so dangerous, then why is Russia ... oh, never mind.

Of course, there is some legitimate concern about cell phone networks and radiofrequency radiation (RFR). RFR is anything emitted in the electromagnetic spectrum: Light from the sun, the glow from your TV or monitor, even the microwave in your kitchen. RFR can be ionizing or non-ionizing. Non-ionizing radiation is the good guy because the radiation is too weak to break chemical bonds. Ultraviolet, visible and infrared light, power lines, FM radio, cell phones and WiFi all emit non-ionizing radiation. Currently, there is no known way for non-ionizing RFR to affect human biology.

Ionizing RFR, like x-rays and gamma rays, on the other hand, can damage our DNA and kill cells. Cell phone networks, though? No.

The new 5G networks will require more cells (located on towers), but the 5G cells will be low power, typically between 2 and 10 watts, compared to 10-40 watts for a 4G cell. So, there will be more RFR in the neighborhood, but less than you get when the sun shines on you.

The FCC acknowledges that the RFR from 5G commercial transmitters is typically far below any RFR exposure limits in public areas. The FDA found that the weight of scientific evidence has not linked cell phones with any health problems.

So, based on that we know now, the RFR from 5G equipment may be a little worse for us (because of more cells running at lower power) than the RFR from current 4G equipment.

One thing that 5G will hurt is your data plan. All that 5G data streaming down to your phone faster than your home internet connection is going to add up and probably blow up your data plan, and somebody must pay for all those new 5G cells.

Probably not in Tehachapi though. The closest city I could find on any carrier's 5G roadmap was Los Angeles in 2020. Which means there's still time to save up to buy a new 5G phone.