Tehachapi: Where exactly are we, again? 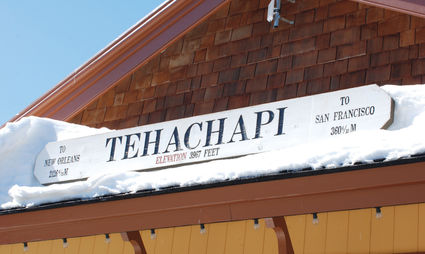 Editors note: Jon Hammond has been a friend of The Loop's for a long time and we are excited to be the home of his column, Land of Four Seasons. His knowledge of Tehachapi's history, and the flora and fauna that call it home, are bound to make some beautiful stories for our readers.

Anyone who has lived here has found themselves in the position of having to answer the question "Where is Tehachapi?" Like most questions, it's easier to ask than to answer.

But to add more context, you can say, "We're halfway between Lancaster and Bakersfield." This is also true, but doesn't really conjure up an accurate image of Tehachapi. Lancaster is in the Antelope Valley (basically the Mojave Desert) and Bakersfield is in the San Joaquin Valley.So how do you describe where Tehachapi is? Well, the first thing is probably to establish that Tehachapi is, in fact, in Southern California. This often comes as a surprise to people who think of Southern California as L.A., San Diego and everything in between.

If you glance at a map of the state, though, you'll see that the northern county lines of San Luis Obispo, Kern and San Bernardino counties make an almost straight line demarking the bottom third of California. So Kern County IS in Southern California. Right at the boundary with Central California.

Another way to describe the area is to say the "Tehachapi Mountains are an east/west trending mountain range at the southern tip of the Sierra Nevada." We're basically a mountainous barrier between the Mojave Desert to the east and the San Joaquin Valley to the west.

The Tehachapi Mountains are located almost entirely within Kern County, though the Tehachapis do extend slightly into Los Angeles County – the little mountain community of Gorman, for example, is in L.A. County, while nearby Frazier Park is in Kern County.

So all that explains where we fit into California's geography. But how do you describe the Tehachapi area itself? The old nickname for Tehachapi, the "Land of Four Seasons" has always been accurate, since we do have four very distinct seasons, unlike the lower elevations in most of Southern California.

In Tehachapi, though, the seasons are markedly different, with snow and freezing temperatures in winter; glorious wildflowers, running creeks and green hillsides in the spring; sun-washed, long dry summers; and bright autumn days with cool nights and lots of leaf color.

So there's a few possible answers for the next time someone sees your address and asks, "So where is Teh...Teh...Teh-chappy located, anyway?" 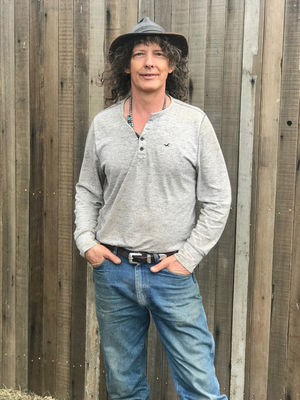