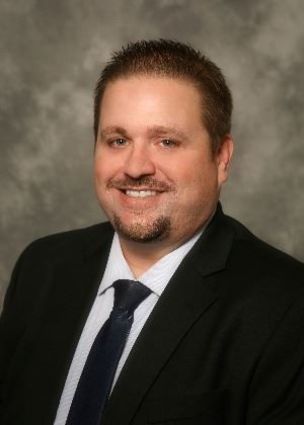 The donut business is a family affair for new Tea Donuts owner Chantha Sokny Lay. Her family has owned and operated Foster's Donuts in Bakersfield for 15 years and now she's taking a swing at the donut world in Tehachapi.

Sokny Lay is another example of a successful business owner in Bakersfield expanding their interests into the Tehachapi market. The Chester and Columbus Foster's Donuts being her education in the business, and now she and her family are bringing that knowledge to Tea Donuts, a long-standing Tehachapi legacy in the Save Mart Shopping Center.

"Owning a shop in Bakersfield I thought it was a great opportunity to bring our donuts here and start something new," she said.

It hasn't taken long for the new owner to put her touch on Tea Donuts. There are new recipes, straight from their Foster's location in Bakersfield, and there is also the family love and care put into each donut. The proper-method includes preparing the dough at 10 p.m. each night in order for it to rise properly before making the donuts fresh in the morning.

"My dad has been making donuts since before I was born. When my family came to America that's what they learned to do, they've probably been doing it for over 40 years by now," she said.

After emigrating from Cambodia to the United States, her family learned the business in other shops before taking the plunge and becoming business owners 15 years ago. The natural progression is the purchase of Tea Donuts and the opportunity to work in Tehachapi, a community Chantha fell in love with quickly.

"I love Bakersfield but just being here (in Tehachapi) excites me...everyone is so happy, I love it," she said.

Part of the business plan with the new Tea Donuts is communicating with customers on what they would like to see on the menu and also suggesting new things to try when they come into the shop. New blueberry donuts, blueberry old-fashioned and blueberry cake along with ham and cheese stuffed croissants and "cronuts" (donuts made with croissant dough) are among the newly-popular items.

Of course a donut shop is not complete without coffee and Sokny Lay has invested in a new coffee system with a wide-variety for customers to choose from along with a loyalty card program for frequent visitors.

Businesses of the Year honored

The City of Tehachapi joined the Greater Tehachapi Chamber of Commerce on Feb. 2 to honor Terra-Gen Operating Company and Marty Pay Farmers Insurance as large and small business of the year.

Last week, The National Council for Home Safety and Security named the City of Tehachapi as the safest city in Kern County and the 44th safest city in the State of California in their 2019 "Safest Cities in California" Report.

In determining the rankings, the council reviewed the most-recent FBI Uniform Crime Report statistics along with the Police Adequacy variable, which relates total crimes to the number of police employees. The report notes the smaller the police adequacy statistic is, the safer the city is. Both scores were combined to determine their rankings.

The City of Tehachapi ranked 44 out of the 265 ranked California cities named in the report, the highest among all other cities in Kern County.

The role public safety plays in economic development cannot be understated. Many Economic Development Corporations and partnerships throughout California tout their region's record as a safe place to live and do business in their online materials to entice new business owners to their area.

In Dallas, the city's efforts to pursue a new headquarters for Nokia was met with some questioning as the ability to police the neighborhood where the development was proposed was brought up. The questions were valid, would the employees feel safe in an area that was going to increase by 2,300 employees and potential for growth in the next several years?

Fortunately for Tehachapi, this wasn't a major turnaround from a public safety standpoint, but combined with award-winning policing and investigative tactics, a prioritization of public safety and economic development efforts the climate is safe for investors and employees.

Additionally, economic development benefits law enforcement as increased sales tax dollars keep public safety budgets strong and with the ability to expand as the needs of the community increase. Without that nexus, many cities must first work to attract sales tax generators before investing in policing. In Tehachapi that relationship has grown reasonably, together.

In the last 10 years sales tax in Tehachapi has grown 49 percent, in relation, expenditures invested by the City into public safety have increased 32 percent during that same time frame. Also, as major retailers and other large-scale projects enter the community, there are oftentimes public safety costs and fees associated with the applications to ensure both the investments and the community are protected at an appropriate level.

Not unlike many others in the State that are awarded status as safe cities, the City of Tehachapi will use that distinction as a major benefit for those looking to invest in our community. Taking advantage of one important quality of life factor to assist those looking to bring investments that benefit the community as a whole.