A NASA test pilot at Mojave 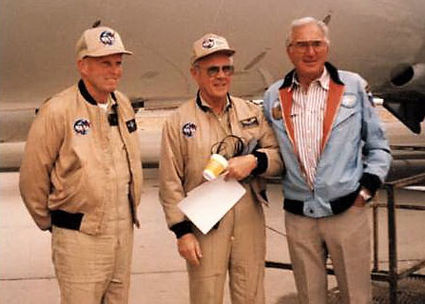 Isn't it funny how we can witness history in the making and not realize at the moment how significant it is? Mel Langford, Construction Manager at Mojave Air & SpacePort, and I were discussing this just a few days ago. As we talked about the Mojave Air Races and first flights at Mojave we have witnessed, both of us were surprised by the fact that we have had the unique opportunity to behold decades of history here at Mojave Airport.

One of the test pilots from Edwards who kept his airplanes here at Mojave was Tom McMurtry. Unfortunately, he is no longer with us. He passed away Jan. 3, 2015 of complications from a stroke. He loved coming to Plane Crazy Saturday and loved to fly. It was his life! We miss him terribly.

Tom was born in Indiana and early on in his life he followed in his brother's footsteps and joined the Naval ROTC Program in high school, earning a full scholarship to Notre Dame where he received a Bachelor of Science degree in Mechanical Engineering.

He received his pilot's license in 1958 and served in the U.S. Navy as a carrier pilot, flying F9F Cougars. The F9F Cougar is the swept-wing version of its forerunner, the F9F Panther – Grumman's first jet fighter plane. Later he flew the Douglas A3D Sky Warrior. He served one and a half deployments to the Far East aboard the USS Kitty Hawk, flying A3D, heavy attack bombers.

Tom was a graduate of the U.S. Naval Test Pilot School, Patuxent River, Md. He used to attend barbeques my husband Al and I hosted for the Naval TPS twice a year and always enjoyed talking with the newest test pilots and flight test engineers.

He retired from the Navy in 1963, but he still loved to fly and had the opportunity to enter an exciting secret program as a U-2 pilot. He was with the U-2 program for three years, then stepped into his flight test career in 1967 with NASA's Flight Research Center at Edwards AFB.

His first assignment was to fly the Lockheed F-104 Starfighter with the X-15 program. Later, he was co-project pilot on the F-8 Crusader Digital Fly-By-Wire program. He served on some of the first remotely piloted research vehicle programs (now called UAVs).

Tom was test pilot for the X-24B Lifting Body program. The X-24B was a joint program between NASA, the U. S. Air Force and Martin Aircraft Company. The aircraft flew 36 times between 1973 and 1975. The X-24B was the last of the lifting body aircraft to fly and demonstrated that accurate unpowered reentry vehicle landings were operationally feasible.

Tom flew as co-pilot with Fitz on the Boeing 747 Shuttle Carrier Aircraft with the Space Shuttle "Enterprise" Approach and Landing program. Before retiring from NASA Dryden Flight Research Center at Edwards, Tom served as Director for Flight Operations.

One of Tom's sons, Chris McMurtry, received flight instruction from his father and soloed in the Piper J-3 Cub at the age of 21. He said that he has joyfully flown many hours in her since then, one hour at a time, mostly with the door open.

Chris's J-3 was manufactured in Lockhaven, Pa. in 1939 and the airframe logs show that it was restored in Santa Paula, Calif. in 1987.

"My Dad purchased it in 1996 to give us kids flight instruction," Chris said. "It has a 65 horsepower Continental motor and two 8-gal extended-range wing tanks, giving a total flight time of a little more than five hours."

By the way, the big four engine jet, a CV-990, parked at the Highway 58 entrance to Mojave Air & Spaceport that is being repainted, has an impressive history, too, and Tom McMurtry was one of the last pilots to fly it. I was reminded recently about how important this airplane is to the history of the Space Shuttle.

I remember being there to see the last flight of the Convair 990 (CV-990) aircraft from Edwards, formerly used by NASA as a medium-altitude research platform and Landing Systems Research Aircraft (LSRA), ending at Mojave Airport on Oct. 24, 1996.

In the cockpit of the 990 were Dryden Project Pilot, C. Gordon Fullerton and Dryden Chief of Flight Operations, Tom McMurtry. Herb Anderson, Operation Engineer, was on hand to answer questions and drive the crew back to Edwards AFB.

"There were only thirty-six 990s built," said Anderson.

The Convair Division of General Dynamics Corp. in Fort Worth, Texas built the CV-990 in 1962.

Former General Manager of Mojave Airport, Dan Sabovich, was there to meet his friends, Fullerton and McMurtry, and said, "This airplane will stay here at Mojave Airport from now on."

Mojave Airport's CV-990 was used to test space shuttle landing gear and braking systems and the tests were conducted at Edwards AFB and Kennedy Space Center in 1993 and 1994. 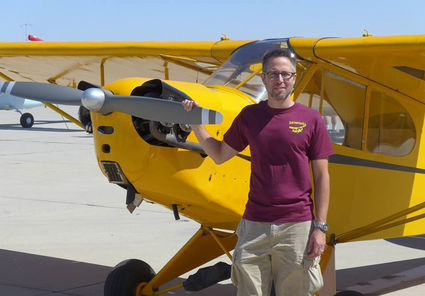 The tire wear tests were significant to the shuttle program because it allowed the shuttle to land with increased crosswind limits from 15 to 20 knots. The shuttle landing gear retraction system was installed in the lower fuselage area of the CV-990, between the aircraft's main landing gear.

During the tests, the additional landing gear unit was lowered by a high-pressure hydraulic system, after the CV-990 main landing gear had contacted the runway.

The tests allowed the engineers to access and document the performance of the space shuttle's main and nose landing gear systems, tires and wheel assemblies, plus braking and nose wheel steering performance.

"Flying the 990 on her last flight was really fun," said co-pilot Tom McMurtry.