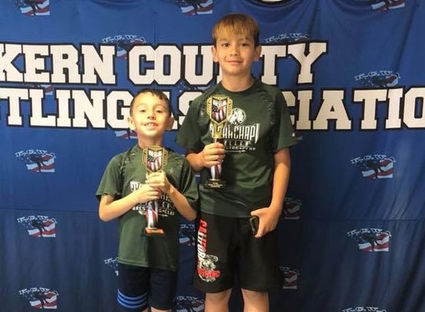 Tehachapi Valley Wrestling Club took part in the KCWA Salute to veterans on April 14 at North High School. "We feel it is important to honor our Kern County veterans and we do this with this tournament," said KCWA Director Curtis Nelson. "We selected nine veterans that we presented, thanking them for their service to our country, with a special trophy. TVWC Coach, Gabe Medina was one such honored Veteran."