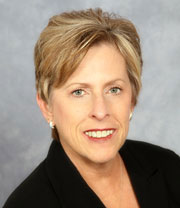 I have always heard the story of how Muroc got its name. The Corum family settled there and when they tried to get mail service for the area, they found that Corum was already being used by another small town.

The Corums spelled their name backwards and Muroc was created. I had never heard the "rest of the story."

I found an article in my mom Marion Deaver's files about Charles Anderson, who came to the desert for his health and bought the Corum's General Store in Muroc, making a new healthy life for himself.

The story began in 1912 when Navy doctors told a 39-year-old veteran of the Battle of Manila Bay to seek a place where he could be comfortable and rest because his lungs were giving out. He had suffered lung damage from repeated attacks of yellow and typhoid fever and the steam he inhaled while serving onboard a ship.

He set out from the coast driving east in a 1907 Los Angeles Touring Car. After a few days driving he arrived in Barstow and heard of a piece of land to be homesteaded at Yermo. He headed that way but was too late, finding a man who had cut across the desert with a team and wagon and staked it out first.

He then headed west and drove around the "foothills of the Tehachapi's," circled around Mojave and came upon a settlement of "about 20 homesteaders who were friendly." He decided to make that the spot where he would settle.

Forty years later in 1952 Anderson was 79 and had lived in Muroc since 1920 after purchasing the Muroc General Store from the Corum family.

When the Army arrived in the desert area, the name Muroc was changed to Edwards.

Anderson said the store continued to thrive and he added six additions, expanding it to accommodate shoppers who came from as far as Mono Lake and Las Vegas to trade at the store.

In 1952 Anderson said he thought the future of the area would depend on people who would continue to settle the desert.

He saw his store and the land around it being condemned by the Army to expand Edwards. Anderson reminisced about the first night he slept behind the store in a lean-to, and noted that it was the first time in nine months he had a full night's sleep – adding that the wind blew "pretty hard" that night.

He said he would leave the store but stay in the desert, building a house in the area.

In a poem he wrote for an ad in the Desert High School annual he said: