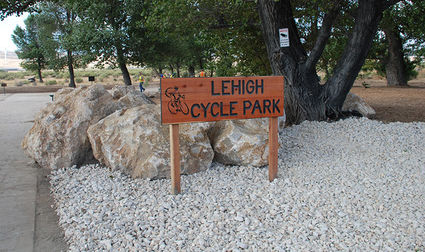 Everyone is familiar with the Lehigh Southwest Cement plant located off Hwy 58 between Love's Travel Stop and Sand Canyon. Many don't realize that the plant has been in operation for over 100 years. It was originally built by the Los Angeles Department of Water and Power to supply the cement for the construction of the L.A. Aqueduct which brought water from the Owens River to Los Angeles.

The little town of Monolith grew up around the plant and at one time housed around 350 residents and a town center that included a market and garage. Many current residents of Tehachapi are descendants of those that once worked at the plant.

The market and garage were located on Tehachapi Blvd. across from the plant towers, and a tree shaded area next to the garage was developed into a park that was used by the plant employees and their families. Over the years the town disappeared and the park became overgrown with sagebrush. Recently the company began talking about bringing back some sort of park under the trees. 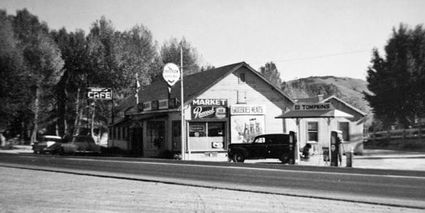 With the ever increasing number of current Lehigh employees interested in cycling, it was suggested that this area under the trees be redeveloped as a cycling park or a rest stop for cyclists. Members of Lehigh management took on the project. Lehigh's labor supervisor Terry Moody became the park's architect. Boulders were moved to the site from the quarry for atmosphere. The areas of concrete in the new park were what remained of the Monolith Garage. Picnic tables and barbecue grills were added. According to Moody, an area of grass is planned for the back of the park and there will also be a covered area.

The park was dedicated two days before the 4th Tehachapi GranFondo and was one of the rest stops on the 104 mile ride held on Sept. 16. Lehigh had a team of 39 riders in the Fondo. (see team photo on page 34).

The Lehigh Cycling Park is available for anyone to stop by and visit, have lunch or just sit under the trees and enjoy the day.