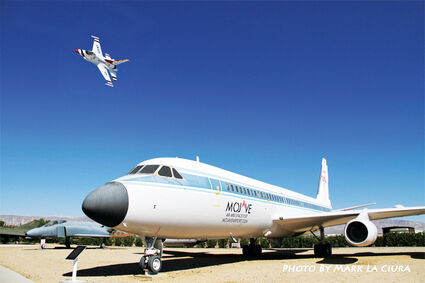 The USAF Thunderbirds Demonstration Team was in Mojave on Aug. 30 to check out the airport as a possible training location. The U.S. Air Force Air Demonstration Squadron performs precision aerial maneuvers, demonstrating the capabilities of Air Force high performance aircraft to people all over the world. 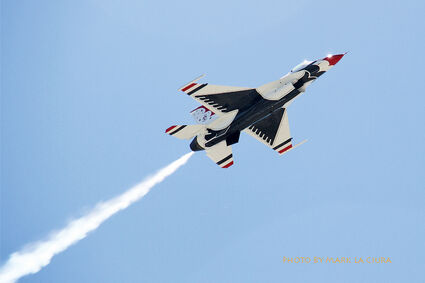 The pilots perform approximately 30 maneuvers in a demonstration. The entire show, including ground and air, runs about one hour and 15 minutes. The season lasts from March to November, with the winter months used to train new members.

It was fantastic to see the Thunderbirds in Mojave and the general public can see the T-Birds again starting on Oct. 14 at Edwards AFB for a Saturday and Sunday Air show.

For more information on the Air Show, visit the 2022 Aerospace Valley Air Show – Edwards Air Force Base website at http://www.avairshow.com.