Uninvited guests and a lucky guess 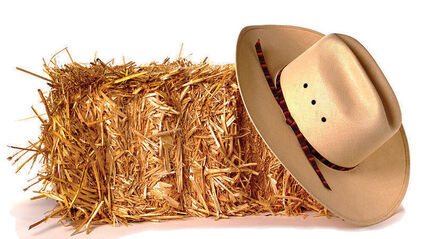 I had gone to see an early movie in Lancaster with my friend Manney Cowan one summer Saturday, and we were driving back home to Tehachapi on the back road -- 90th Street West. We passed a large ranch with a lot of cars parked around it, and some white balloons and paper bells out by the road that were the unmistakable signs of a wedding at a private estate. "It's still early," (it was about 8:30 p.m.) Manney said, "I think we should pay our respects to the bride and groom." This despite the fact that we didn't have clue as to the identity of the newlyweds. "We're gonna stick out like a bikini in church," I objected, looking at our unimpressive street/work clothes. "Oh, we ought to be able to get away with a quick appearance," Manney replied reassuringly, as we parked among the hay bales and pickup trucks. "Okay, if anyone asks us who were are, we say we just drove down from Visalia, and we're looking for the Ulrich wedding," I said with some misgivings.

We locked up the truck and headed around to the back of the house. We spotted the beer keg and made a beeline for it, as a number of the wedding guests openly stared at us. Women started to talk among themselves as we helped ourselves to the ubiquitous red plastic keg cups and attempted to fill them as fast as we could, the beer trickling out of the tap at a maddeningly slow pace. "They're going to all over us in minute, everybody else here knows each other," Manney said under his breath, looking around subtly in sideways glances as we could feel more eyes upon us. Sure enough, I barely got the cup raised to my lips for the first sip of cold beer when 8 or 10 large guys in cowboy hats surrounded the two Tehachapi idiots clustered around the beer keg. Manney was built like an oak tree stump and enjoyed the occasional brawl, and we weren't helpless, but we were vastly outnumbered. And trespassing.

"Who are you guys?" asked the barrel-chested, big-headed guy in a white straw cowboy hat. He didn't say it with a trace of friendliness in his voice. "I'm Chris and this is my friend Steve, we're from Visalia," I said with more cheerfulness than I felt at that moment.

Then the smallest, least-threatening guy spoke up, and said "Wait! I went to school with some of the Ulrichs -- they live over on 60th Street West." "This isn't 60th Street?" I said with a shocked expression, "Oh, no. . ." I added dejectedly. Like magic, the atmosphere lightened.

"No, you need to be farther east," someone said encouragingly. "Yeah, they had a big family, coupla girls and one boy," continued the slender, slightly drunk-sounding guy who said he went to school with the Ulrichs. "Ah, hell, we're sorry," said Manney with conviction, "We've never been to Kern County before. Let's go," he said to me, setting down his beer cup.

"You're actually in L.A. County now," said someone else helpfully. I started to set my cup down too. "Oh no, you guys go ahead and finish," our newly-genial hosts insisted, "Don't worry about it, drink up" and they drifted away as fast as they had appeared, relaxed and easygoing now.

We finished our beers -- my one and the three that Manney had managed to surreptitiously pour for himself -- and got back in the truck in the summer moonlight and drove back to Tehachapi, glad that we had been able to "pay our respects," as Manney had said. "The Ulrichs. . ." Manney chuckled as he looked out the window and shook his head, "That was lucky." 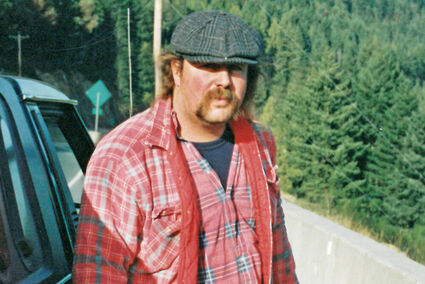