One port to rule them all 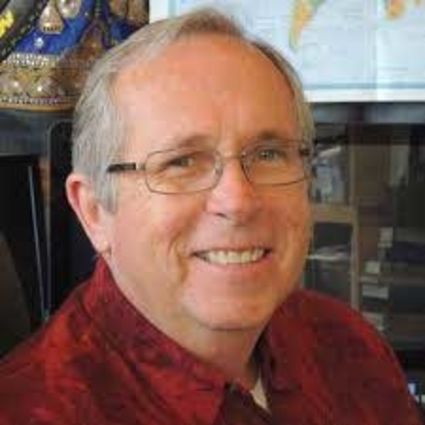 The Universal Serial Bus, or USB. You know, that plug that can only go in one of two ways, but still takes three tries to get it plugged in? Yeah, that one. Where did USB come from, where is it going and why?

If you don't know anything about PS/2 connectors, or parallel ports, DIN connectors, SCSI, Firewire, or 9-pin or 25-pin serial ports, you can thank USB.

Way, way, back in the early 90s, you could conceivably need some combination of those ports and cables to connect devices to your personal computer (PC). Things like mice (eventually), keyboards, joysticks, modems, external drives, printers and more. Stuff we call peripherals. At that time a PC with lots of peripherals attached was a confusing mess of cables and connectors.

In addition to the different cables and connectors, people had to open the computer's case to install new boards and drivers, and then reboot the computer and hope it worked.

At the beginning (the early 90s), it was mostly technical people using PCs. As PC sales started taking off, and the peripherals got more complicated to install and connect, a group of engineers at Intel searched for a better way to connect these peripherals to PCs.

The goal, with the support of PC and peripherals manufacturers, was one port to rule them all.

In the early 90s, as Intel was finalizing the Peripheral Connect Interface (PCI) for connections inside the PC, a small group of engineers at Intel began working on a simple external interface. They had to solve computer architecture problems, driver problems, operating system problems, as well as try to imagine what the future would be like for computers and peripherals. And they did - all of that. By 1995 the specifications for what was called the "serial box" were done.

After lots of discussions, the serial box became the Universal Serial Bus. Universal, because it could work with everything, Serial because it could hook things together off one plug, and Bus for two reasons: 1) technically the bus on a computer is how information gets moved around in the architecture and 2) in real life you would take a bus to get somewhere.

The first widely used USB specification was 1.1, but it was quickly replaced by USB 2.0. If the faster speeds of USB 2.0 are what started killing off floppy disks, Zip drives and CD-Rs; the speed increase of USB 3.0 finished the job. And USB 4.0 is coming, with speeds up to 3,000 times faster than the original USB spec.

Why are there so many types of USB cables? The original cables are called USB Type-A, and those are the cables with the square end, usually used for connecting to printers these days. The USB Type B is the cable with the smaller but still kind of square end for plugging into digital cameras, some phones and bigger USB devices. The USB Type B mini cable connects to tablets and smartphones.

The USB Type C cable is the newest kid on the block and it's reversible! At least on one end.

But hey, why isn't the other end reversible; you know, the end that plugs into your computer or wall charger?

Cost. The idea was to increase the interoperability of devices and computers and be less expensive than the alternatives. To make the cable reversible required the addition of more wires and some circuitry. They went with simple and inexpensive, which increased the adoption rate of USB among manufacturers and consumers. Some industry reports show the total number of USB devices shipped at more than two billion a year.

Texting can be hard

Son: Why is that funny?

Mom: It's not funny! What do you mean?

Mom: I thought it meant Lots of Love. I need to call everyone back.