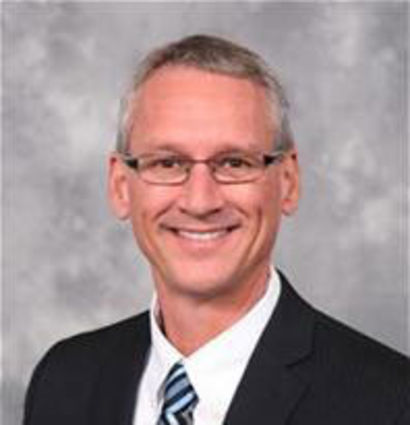 Recently the Tehachapi Police Foundation, a wonderful group of community volunteers who raise funds to help purchase equipment for the Tehachapi Police Department, held their annual awards ceremony and honored some very-worthy individuals. John Funderburk was named "Volunteer of the Year," Mark Machanic was recognized as "Civilian Employee of the Year" and Richard Kiser was named "Officer of the Year." All three have tremendously helped our organization under the leadership of Police Chief Kent Kroeger.

The Foundation event and corresponding donation, which is the purchase of load-bearing bulletproof vests for officers, served as a reminder ... bringing back the Tehachapi Police Department was one of the best decisions the City of Tehachapi has ever made.

The former department was folded decades ago in favor of a contract with the Kern County Sheriff's Department, and while they serviced the needs of our City for many years, our growth and maturity soon required more out of our law enforcement. It required an agency whose sole focus was on the citizens in the City, engaging with them in a professional and positive manner and laying the groundwork for a vibrant community. We've achieved those goals.

The Tehachapi Police Department, and specifically the investigative structure established by Chief Kroeger, was recently recognized by the Kern Council of Governments earning the, "Richard A. Maxwell Regional Award of Merit." They were also identified as running the "Safest City in Kern County" from the National Council for Home Safety and Security. Their impact locally has helped businesses thrive, allowed citizens to be safer and provided a department that is entrenched in our community.

As we continue to evolve and grow our department, a few years ago we stopped contracting our dispatch services with another agency and brought those professionals in house, providing 24-hour dispatch services for both 9-1-1 calls and other non-emergency calls for service at (661) 822-2222. As part of that process we also streamlined our after-hours public works calls to the dispatch center as well, meaning things like water leaks are routed through trained professionals who help dispatch the proper response to your issues.

Recently we partnered with RING to help subsidize 100 new video doorbells to homes in the City. The program sold out and we've already had success stories stemming from the Ring program. This was done to help provide an extra layer of security and, in some cases, evidence for our police department. They rely on the public to be their eyes and ears and this program is off to a great start.

We have other partnerships with the Tehachapi Unified School District for a school resource officer and continue to work with groups like the Kern County Sheriff's Department and others for mutual aid if another law enforcement agency needs assistance. Chief Kroeger's executive staff has put together a fine roster of officers that are a part of that team 24 hours a day – literally.

I am tremendously proud of these men and women who are professional, but don't mind engaging the community as well. Recently a motorist snapped a picture of one of our officers playing soccer with a kid near the former Aspen Meat Market. She also went to Big 5 and purchased some new soccer balls to replace the aging one the young man was playing with. This is community-first policing and nobody does that better, in my opinion, than the Tehachapi Police Department.

We are proud to offer this service to our residents and especially at such a high level. That decision from 10 years ago to bring this department back continues to pay off.