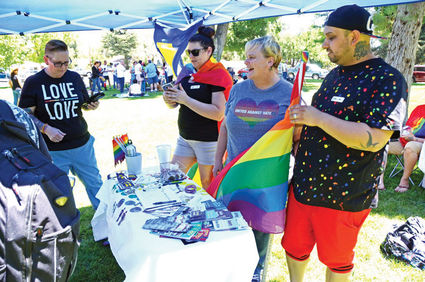 An information table listing support groups and general resources was set up by the Bakersfield LGBTQ organization.

Tehachapi Support LGBT invited the community to a picnic at Philip Marx Central Park on June 30 in honor of LGBT Pride Month. 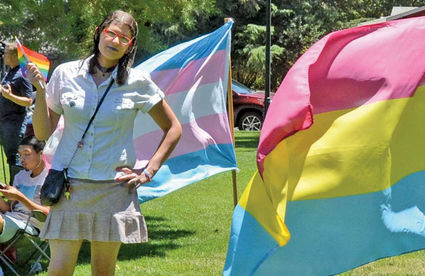 Shani December, a member of the organizing group, said this was the first public gathering of the Tehachapi group and that its goal is to, "help build community here in town."

The picnic drew well over a hundred supporters and members of the Tehachapi LGBT community.

According to the Library of Congress website LGBT Pride Month originated with the 1969 Stonewall riots, which spurred the gay liberation movement resulting in the establishment of LGBT Pride Month.