January in the Tehachapi Mountains is a study in contrasts 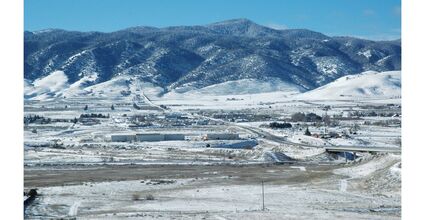 The Tehachapi Valley looking south after a January snowstorm.

January weather in Tehachapi can be snowy, windy and extremely cold, or it can be sunny and mild with temperatures in the 60s. Some of the strongest (and at times competing) influences on Tehachapi weather are these two realities: one is that we are in the mountains at 4,000 feet above sea level, which brings rapidly changeable weather, low temperatures and occasional snow; the second is that despite our elevation we are still in Southern California, albeit on the northern edge, which brings abundant sunshine, mild weather and warmer temperatures.

So those are two of the most important dynamics to keep in mind when trying to understand or decipher Tehachapi weather. Even if it seems like a bit of an argument: "We're in the mountains." "Yes, but we're in Southern California." "But we're at 4,000 feet." "But it's still So Cal. . ."

So we always have some cold temperatures in January, which is the main month of winter. The mercury drops into the 20s and sometimes the teens, and occasionally lower. In certain years, much lower – 1979 posted a January low of 8 degrees Fahrenheit, 1960 had a January low of 7 degrees and in 1957 it dropped to only 2 degrees.

The weather was indeed colder in Tehachapi in the past – other January low temperature records include a reading of 5 degrees in 1935, 1 degree in 1930, a low of 0 degrees on a January night in 1949 and a chilling –4 degrees Fahrenheit in January of 1932.

When coupled with the precipitation that usually begins in late October or November, these warm temperatures turn the grass green and help the nascent wildflowers to start growing, so a walk in the Tehachapi Mountains on one of our unseasonally a warm day in January can feel like a spring stroll, even while other parts of the U.S. shiver in snow and subfreezing temperatures.

So enjoy our January weather, since at least some of it should be to your liking, whatever your preference – snow, warm sunshine, ominous dark storm fronts, rain, fluffy cumulous clouds in a blue sky. . . Typically January highs are in the upper 40s and low 50s, and overnight lows in the 20s and 30s, but then again "typical" is not a word commonly associated with our weather.