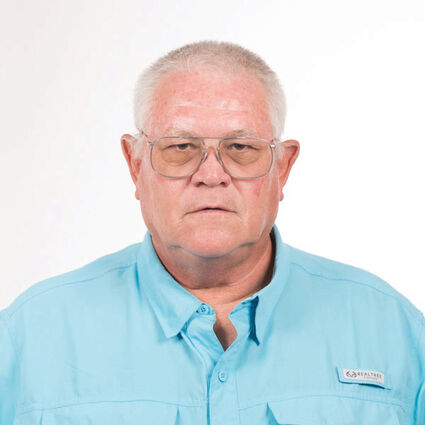 Richard Buckreis, a loving husband and father, passed away on Dec. 11, 2022 in his home located in Boron, California.

He was born on Dec. 26, 1957, to John and Catherine Buckreis in Altoona, Pennsylvania. He is survived by his wife, Judith, and daughter, Ericka.

As a child in an Air Force family, they lived in several places around the world as his father was moved from station to station, eventually being transferred to Edwards AFB. Richard turned 18 and decided to call the Antelope Valley home. He would eventually move to Boron, where he found his future wife and in 1991 they were married.

He worked at the Edwards AFB's Public Affairs Office for over 40 years starting as an intern, working his way to becoming Graphics Chief.

Rick volunteered his time, knowledge and resources to dozens of nonprofit organizations in Southern California over the last 35 years. This would include eight years with Civil Air Patrol, Edwards AFB and over 20 years with the Kern County Sheriff's Desert Search and Rescue (SAR) Team. His last duty was an Administration Lieutenant, a position he held for more than 10 years. Rick was also a key member of the grant writing team, receiving well over 1 million dollars in grant funds to support the SAR nonprofit organization! Rick also played Santa for local communities and families in need for over 36 years. In every facet of his life, Rick was known for his generosity and his giving nature. He was constantly doing for others and never expected compensation or reciprocation.

Friends are cordially invited to a celebration of life with the family on Saturday, Jan. 28 at 11 a.m. It will be held at the Boron Senior Center, 27177 Twenty Mule Team Rd., Boron, California. Condolences and letters of memories may be sent to the Buckreis family in care of Allen Wessel at Allen@RpmTraditions.com.