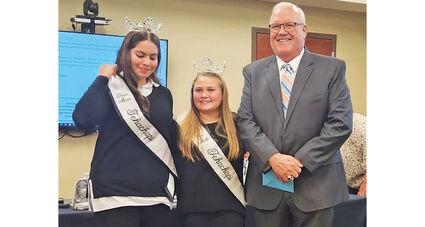 On Dec. 19, Councilman Michael Davies was sworn in as the new Mayor of Tehachapi, serving a two year term ending with the last December Council meeting in 2024. Davies was first elected in 2018 for a two year term to fill the vacancy created by the death of Councilman Ed Grimes. He was subsequently reelected in 2020 to a 4 year term representing District 3. He had served as Mayor Pro-Tem since December of 2020.

Davies has been a Tehachapi resident since 1981. He has worked in the community with Tehachapi Valley Recreation and Park District as an umpire and game official. He also holds a leadership position with the Church of Jesus Christ of Latter-Day Saints in Tehachapi.

The Council voted unanimously to publish and fill the vacancy created by the resignation of Councilwoman Christina Scrivner at the Dec. 5 meeting. The Council could hold a special election but the $20,000 cost would be prohibitive for the city at this time. Publishing the vacancy and appointing a replacement will cost the city $250.

Also approved was an agreement with the California Department of Tax and Fee Administration for the implementation of the 1 percent sales tax increase that was approved by voters in November. The resulting increase will raise the city sales tax from 7.25% to 8.25% and will be in effect until repealed by the voters. The increase will be effective Jan. 1, 2023 and result in about $1 million in additional tax revenue.

Every three years, the State of California issues updated building codes that are to be adopted by local agencies across the state. The codes are constantly changing to reflect the industry's understanding of the best construction practices. The newest edition will become effective Jan. 1, 2023. Both Kern County and the City of Tehachapi follow these guidelines to provide consistency for local property owners and contractors. The City Council voted unanimously to adopt the updated building codes. 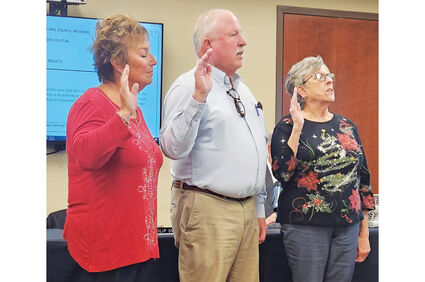 The first is identified as "Kern Op Area Emergency Operations Plan Update Project" and includes Taft and Shafter as well as Tehachapi. It will update the city's EOP to improve preparedness to implement effective disaster response. The city's current EOP was drafted in 2012 with the latest update including "Public Safety Power Shutoffs" in 2019. This update will actually amount to a whole new plan. The city will have a role in the selection of contractors. While the project is covered by grant funds, the city will cover staff expenses for participation in the project.

The "Kern Op Area Cybersecurity Project" will fund equipment and training. While the city has been aggressive in preventing most cyber attacks, they have been victim to attacks over the last few years which include capture and loss of data and other files. In addition, the city websites have been held for ransom or taken offline for extended periods. Kern OES will be able to provide an additional layer of security. The council voted unanimously to approve both of the agreements between the city and the county for these projects.