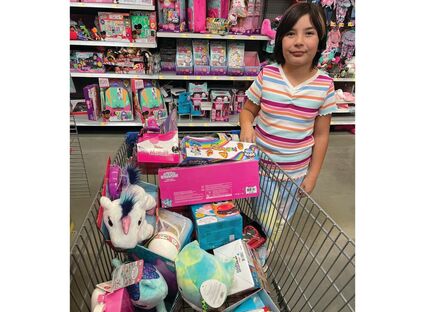 In October, when Tehachapi Martial Arts Center (TMAC) announced to their students that they were going to have a Toys for Tots box at the studio, young Alyssa Melendez, who had recently joined TMAC, announced that she was going to raise money for toys by collecting recyclables. She collected from friends, family and from her school and by Thanksgiving had raised $236 from recycling. Over Thanksgiving weekend, Alyssa went to Walmart and spent the entire amount on toys to take to TMAC. When she discovered that CHP was also collecting toys, she donated a toy to the CHP toy drive as well. Alyssa said she is going to keep recycling in order to have money to buy toys next year.