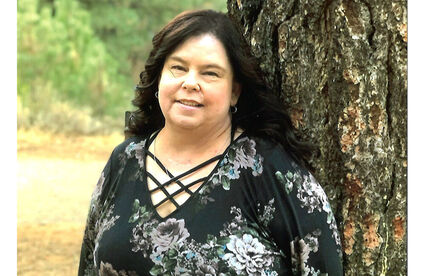 Julie Ann Chambers, 52, was born on Sept. 4, 1970, to Jerry and Linda Holder, who she lived with at the time of her passing, on Oct. 29. Julie was born in Panorama City, California and she moved to Tehachapi with her family in 1979. She graduated from Tehachapi High School, class of 1989. She helped raise four stepchildren, Danny, Amy, Shawn and Robert Chambers.

Julie developed kidney disease, and numerous other ailments later in life. Her passing was due to a heart attack suffered at home. She was pronounced dead at Adventist Hospital in Bakersfield one week later.

Julie is survived by her parents, Jerry and Linda Holder; her brothers, Brian Holder of Tehachapi and Matthew Holder of Valencia, California. She is also survived by nephews and nieces who she dearly loved as well as numerous aunts, uncles and cousins around the country.

A Memorial service was held on Nov. 7 at Wood Family Funeral Service Chapel. A reception followed immediately after.