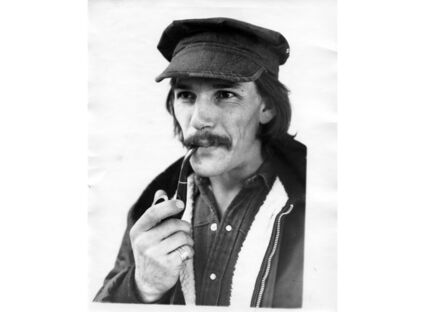 Rex Haggard was born March 14, 1951, and died Sept. 25 after fighting a long battle with prostate cancer. A memorial service was held at the Bakersfield National Cemetery on Friday, Oct. 21. Services were held by Woods Family Services and conducted by Rodger Bardo.

Rex was born to Austin Haggard and Lura Lundberg. He served in the U.S. Navy from 1969 to 1973 for three years in a foreign arena and served the remainder of his duties on the USS Dixie out of San Diego, California as an MOS 4600 repairman. He received the National Defense Service Medal and the Good Conduct Medal. Rex was married to Kelly Haggard in December 1979.

Rex had a passion for all things mechanical. He was an accomplished mechanical engineer and worked on airplanes after his military service, and later loved working in his garage, specifically on Volkswagens. However, he would enjoy designing, engineering and fabricating all things mechanical. He was a founding member of the Tehachapi Valley Prostate Cancer Information Group (TVPCIG), which has been meeting for over 20 years, and a member of the American Legion Tehachapi Post 221. He was extremely passionate in his faith and loved his Father God.

Rex is survived by his daughter and son-in-law, Kahrin, and Billy Burdick; son, Stephen Haggard; and son, and daughter-in-law, Daniel and Brandi Haggard. His love also lives on in his five grandchildren: Kamryn, Emma, Jaxen, Rylie and Penny.