Between timid and Timbuktu 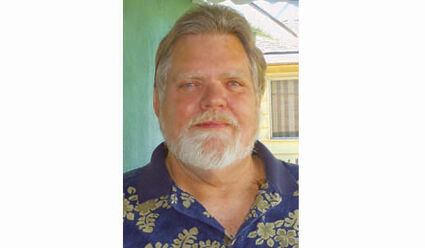 As a species, human kind has been infatuated with the manipulation, division and various forms of measuring time since the invention of the sun dial.

Of the earliest known true mechanized devices, clocks have reigned supreme. It should logically follow that as America's fledgling railroads crawled from the playpen of their infancy to becoming a viable force of the industrial revolution, time would become a valuable participant in their maturing and growth. As they grew up the railroads would not allow time to control them, but dictate to time what time it really was depending on where you happened to be. I guess that right about here an explanation is in order.

Once upon a time in America, the Town Hall clock would be set to 12 o'clock when the sun was guesstimated to be at high noon. Businesses and citizens would then set their own personal timepieces accordingly. This practice left room for plenty of inaccuracy and error. Maybe by sheer dumb luck there would be one or two towns in close proximity to each other that would be on the same time, but the norm was that no two towns would be synced in time. Then came the railroads and the need for passengers and freight agents to know what time the next train, to or from anywhere, would be arriving or departing. This need gave birth to the timetable, which was discovered to be pretty useless if no two towns within close proximity to each other shared the same time.

Even worse if you wanted to travel from Chicago to Kansas City and connect with another train to Memphis. Even worse than that if you travelled directly east or west for any great distance. See a dilemma beginning to develop here? As more and more railroads played connect the dots with the cities and towns within the realm of their influence and their expansion westward, this arbitrary time thing became a real problem if not an absolute nightmare for the poor guy with the monumental task of scheduling trains on the railroad he worked for. Push was about ready to come to shove and time would never be the same.

Since most of the railroads at this time were owned and operated by serious, wealthy, cigar-chomping tycoons that dealt with the government on a regular basis and knew how to get what they wanted a lot easier than you or I, getting everyone together to discuss this problem and then do something about the time issue took no time at all. The country was divided into four time zones; Pacific, Mountain, Central and Eastern, each separated by one hour. The telegraph system which was following the railroads on their continental expansion made short work of quickly communicating to stations across the country when to reset their station clocks and thus was born into our land "Standard Time." We are now into the third century of this man-made manipulation of time and with the ongoing debate over daylight savings taken out of the equation, it has served us well.

As the railroad systems in this country and abroad developed and grew, out came the stopwatches and the need for speed. The earliest trains, like the Tom Thumb, Stephenson's Rocket and The Best Friend of Charleston, chugged along at an unbelievably insane speed of six to eight mph. Many folks were afraid to ride them. In some places, members of the clergy condemned them as fire breathing devices from the devil himself. Within a few decades the New York Central's Empire State Express travelled the distance of three miles in less than two minutes, becoming the first anything on the planet to be officially clocked at over 100 miles per hour. The legacy of greater distance in less time will always be a part of our human nature. Please remember that at times we need to throw that concept aside and simply take some time off to watch time go by. Should you ever need to find some time, simply break out a dictionary and look between timid and Timbuktu. There you will find time.

In memory of Bruce Gripkey, who wrote the "Train of Thought" column several years ago, The Loop newspaper is reprinting some of his articles for those who haven't had the chance to enjoy his railroad-centered stories. This article was originally printed in our Aug. 12, 2012 issue.