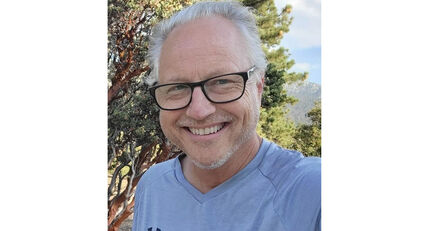 Do you dream of not making mortgage or rent payments for the rest of your days?

Would you rather drink water from your own well instead of the municipality's?

Would you like to never pay another electric company bill because you switched to solar?

Whether you buy undeveloped land and prep it yourself or buy property that's already developed and just chill in your hammock while you oversee your private empire, off-grid living is more than a passion – it's a profound lifestyle.

Not only do you get to escape the increasingly claustrophobic city life, but you get to connect with nature and probably parts of yourself you didn't know existed.

So instead of "Turn on, Tune in and Drop out" it's more like "Set Up, Unplug, then Drop Out."

If this is you, right now you're either binging homesteading videos on YouTube and making small weekly purchases toward your goal, or you're shopping for land with water on it. Going off-grid is a fantasy for many and a living reality for a growing number of people who want more freedom and may share a belief that one thing or another is coming down the pike that could amplify the need for self-sufficiency.

Don't let that scare you – there's no shame in a little interdependency. If you don't grow tomatoes and apples, you can probably get some by trading your neighbor for some of your hens' eggs and maybe a little handyperson work.

But that's down the (dirt) road – and will it ever get to bartering? Who knows.

The dictionary defines off-grid as, "not using or depending on public utilities, especially the supply of electricity," then how do you get started?

"Water!" says Mark Lowe, a local handyman who helps people with almost any project, including self-sufficient off-grid living. "They won't let you get a permit for a building unless you have water – for fires, yes, but mostly to sustain yourself."

He emphasized the importance of understanding the permitting process in your county. There are many choices for a house: a mobile or manufactured home, a "sticks and bricks" home, or even a yurt or a teepee. You can build a shed on the ground (permit needed) or on piers, which would be considered a temporary structure.

Electricity will either come off the grid (the electric company), your solar panels (fixed or portable) or wind turbines, to name the most popular.

Poo and pee are not usually discussed in polite company, but as you can see, we're already wading in... Before you start getting permits for a septic system, you'll probably want to take a look at the infinitely cheaper compost toilets. Not only is cultivating compost a healthier alternative to our normal human waste disposal, but it can also fertilize your own garden, giving you exactly the vitamins you require because it's already working with your caloric and nutrient needs through your excrement. (So says Humanure: The Next Frontier in Composting, a book written by Joseph Jenkins.)

To be continued in the next issue of The Loop newspaper. Write to Scott at ScottWare11@gmail.com with suggestions and comments.