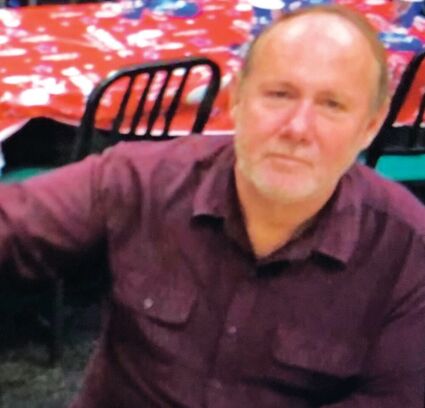 Thomas Barber was given back to the Lord on July 15. He was born on Oct. 14, 1955 to Bobby Gerald Barber and Frances Emma Neubert. The three have now been reunited.

Tom’s character can be summed up as being a great family man. He was always giving and gathered around family functions. He dedicated his time to the community by leading children in his role as a scout leader for the Boy Scouts of America. Additionally, he worked in the local community as a Tehachapi Correctional Officer for over 20 years. His hobbies included gardening and renovating the family home. Tom also served in the United States Marine Corps. He will be greatly missed by all who knew and loved him.

His blessing lives on through numerous grandchildren. His immediate family members are his wife Linda; daughters Kathleen, Mariann, Diana and only son, Robert Barber.

We would love to include all who would like to express condolences and share his amazing life as we gather together for his memorial at St. Jude in the Mountains Anglican Church, 1200 S. Curry St., Tehachapi, on Aug. 28 at 3:30 p.m.