SOS Indianapolis: Behind the sinking of the heavy cruiser, part 2 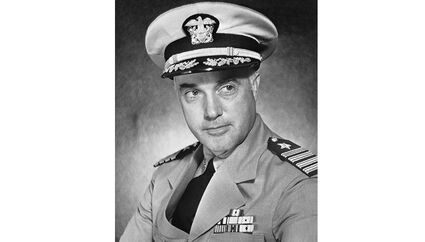 Questions regarding the Indianapolis disaster – the U.S. Navy's largest loss of life at sea from a single vessel – began almost before the rescue vessels reached shore. Why did the cruiser not have a destroyer escort? Why wasn't McVay notified of Japanese submarine activity along his route? Why wasn't Indianapolis listed as missing when it failed to arrive in the Philippines as scheduled?

For the time being such questions went unaddressed, largely because a Navy court of inquiry recommended the cruiser's captain be court-martialed. It determined McVay had hazarded his ship by failing to take an evasive zigzag course, despite the fact his orders had left zigzagging to his discretion. Fleet Adm. Chester W. Nimitz, commander in chief of the U.S. Pacific Fleet, disagreed with the court's recommendation and instead issued McVay a letter of reprimand and returned him to duty.

The controversy might have ended there were it not for Fleet Adm. Ernest King, commander in chief of the U.S. Fleet and chief of naval operations. Overturning Nimitz's decision, King recommended McVay face court-martial on two counts – failure to zigzag and failure to issue a timely order to abandon ship. The postwar proceeding convened in Washington, D.C., in December 1945. The Navy sought to bolster its case by having I-58's captain, Mochitsura Hashimoto, testify, though to the prosecutors' surprise he stated that, given the submarine's position in relation to Indianapolis, zigzagging would not have altered the cruiser's fate. Regardless, the court-martial panel found McVay guilty of not having followed a zigzag course. He was not convicted of the other charge.

In view of McVay's excellent wartime record before the sinking of Indianapolis, in February 1946 Secretary of the Navy James Forrestal remitted the guilty verdict in its entirety and ordered the captain restored to active duty. McVay remained in the Navy until 1949, when he retired as a rear admiral.

For years after the war McVay received hate mail from the relatives of some of the men who perished in the sinking. Those letters not intercepted by wife Louise he kept bound up by string as a reminder. On July 30, 1960, McVay was the guest of honor at the inaugural reunion of Indianapolis survivors, none of whom blamed their former captain for the ship's loss. But the hate mail never stopped. On Nov. 6, 1968 – after having lost Louise and a grandson to cancer – McVay walked onto the back porch of his Connecticut home in uniform and killed himself with his service pistol. He was 70 years old.

Clair Young's lifelong quest to set the record straight regarding Indianapolis' SOS began when he read those 1955 articles in the Los Angeles Times and Saturday Evening Post. Knowing what he had read was wholly inaccurate, he immediately wrote a letter to then Chief of Naval Operations Adm. Arleigh Burke explaining how he had received a distress message from Indianapolis at approximately 12:30 a.m. on July 30, 1945.

"I personally delivered this message to the senior officer present, Commodore Jacob H. Jacobson U.S.N.," Young wrote. "The message, although garbled, identified the ship, its position and its condition. His answer in effect was: 'No reply at this time. If any further messages are received, notify me immediately.' I feel that it is my duty to let it be known that the 'lost' distress signal was received."

The Navy's Civil Relations Division responded with a letter thanking Young for his, "contribution to the distressing history of the sinking of the USS Indianapolis," while carefully pointing out that published accounts by individual survivors did not represent the official position of the Navy.

The Navy's polite dismissal did not deter Young. When wartime naval correspondent Richard F. Newcomb's classic account of Indianapolis' loss, "Abandon Ship!," was published in 1958, Young contacted the author and told him of the cruiser's SOS message. While the nature of their conversation is lost to history, Young's home library contains an autographed copy of "Abandon Ship!"

[Addendum: Clair Young lived down the road in Rosamond when he passed away at age 75 in 1997.

Marty Pay ended up with his personal papers two years ago which were the foundation for this article.

There are two survivors still alive out of the 316 that came out of the water in August 1945.] 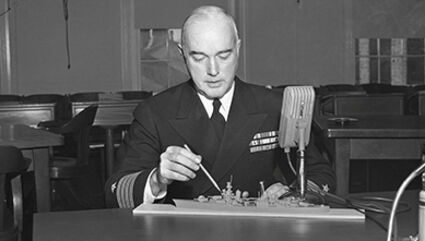 Clair Young spent his life trying to clear the reputations of Capt. McVay and his crew.

See part 3 in a future issue of The Loop newspaper. This article was previously posted on http://www.historynet.com/sos-indianapolis-behind-the-sinking-of-the-heavy-cruiser/ and is being published with permission from the author, Marty Pay. California-based Marty Pay is an insurance broker and military history buff. In addition to the books mentioned in the story, for further reading he recommends "In Harm's Way" by Doug Stanton; "Left for Dead" by Pete Nelson; and "Indianapolis" by Lynn Vincent and Sara Vladic. All three mention Clair Young's story in the absence of corroborating witnesses or Navy records. 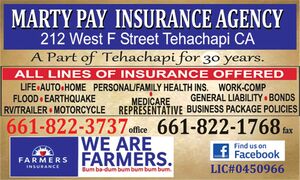