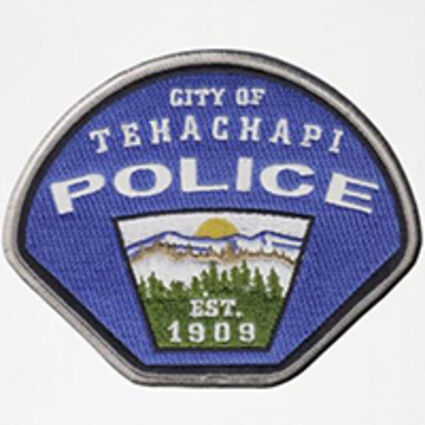 On May 17 at approximately 1 a.m., officers with the Tehachapi Police Department conducted a traffic enforcement stop on a vehicle for equipment violations on West Valley Boulevard near the intersection with Griffin Street. Almost simultaneously, the Tehachapi Police Communications Center advised of a theft of a catalytic converter that had just occurred in the 900 block of Mulberry Street. Witnesses reported the vehicle, a silver Saturn Vue, was last seen westbound on Cherry Lane.

The officer on the traffic stop, immediately realized he had stopped the suspect vehicle in the catalytic converter theft that had just occurred. The officer noticed burglary tools commonly used in these types of thefts, including two reciprocating saws, a vehicle charger for the tools and 25 steel replacement blades, in addition to narcotics paraphernalia. During a search of the vehicle, officers also discovered four grams of methamphetamine. Officers later found the catalytic converter, which had been discarded in the street when the vehicle occupants saw the marked patrol vehicle.

The occupants of the vehicle were identified as 30-year-old Alfredo Guerrero of Bakersfield, 24-year-old Clarissa Bayardo of Bakersfield and 36-year-old Ricardo Hernandez of Lamont. The three suspects were arrested for grand theft, conspiracy, possession of burglary tools and destruction of evidence. Ricardo Hernandez was additionally arrested for narcotics related offenses. All three suspects were booked into the Kern County Jail.

The investigation is ongoing and anyone with information relating to the theft is asked to call the Tehachapi Police Department at (661) 822-2222.