A look at city budget season 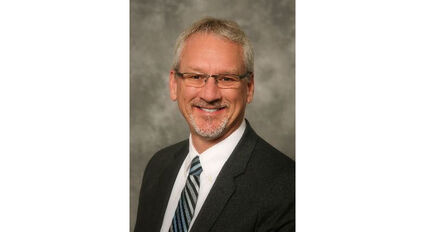 Budget season is undoubtedly a crucial time each year. With the City of Tehachapi operating on a July 1-June 30 fiscal calendar, we must work to adopt a new five-year budget in the month of June.

While fiscal responsibility has served us well over the last few decades, the budget process this year is especially difficult thanks in part to the rising costs of basic contract services, including critical fire safety from the County of Kern, and a slew of unfunded mandates by the State of California. These coupled with inflationary challenges which are impacting cities and citizens nationwide, make this time of year unnecessarily challenging as we react to the actions of others.

As previously reported, the City of Tehachapi was hit with a 200% increase in contract fire services from the Kern County Fire Department beginning this coming fiscal year. The full-cost recovery method employed for the new fire rates was far different and far more costly than the formula used when the City of Tehachapi discontinued the Tehachapi Fire Department and signed on with the County for contract services 15 years ago. Our attempts to negotiate using incident data, time spent by the city-funded crew outside of the city limits and suggestions for reducing costs by shifting response protocols was met with opposition and therefore a new contract under the inflated terms was reluctantly approved by the City Council. A solution with more local-control for our residents continues to be explored.

Based on current projections, the fire contract is a major contributor to a forecasted deficit in our fiscal years starting in 2023-24. In the final year of the contract City of Tehachapi residents are being asked to pay an additional $2 million over current rates. Despite that enormous increase, it is not the only obstacle standing in the way of fiscal harmony during this budget preparation. While we managed to use federal COVID-19 relief funds to balance this coming fiscal year budget, we had to offset unfunded state mandates that are impacting our general fund.

For example, we have budgeted a few heavy equipment purchases, one of which is a front loader, replacing a perfectly good loader already in operation. Now, you ask, "why would the city replace a perfectly good front loader?" The answer to that lies in the ever-shifting state of California emission standards, which have now deemed your publicly owned and operating front loader "unfit" for work in California because of emissions. This is a piece of equipment used throughout the year but certainly not everyday due to our small operations size, but Sacramento employs a one-size-fits-all approach to these mandates, leaving it to you the citizens to fund them through your municipalities.

Additionally, we are being forced to purchase a new radio communications system for our police department due to state regulations requiring encoded signals to the tune of $27,000. Again, despite billions in surplus accounts, no funding from Sacramento came to help implement this purchase and use. While I am talking about law enforcement, thanks to State laws decriminalizing many activities, including drug possession and retail thefts, the men and women of the Tehachapi Police Department continue to arrest many of the same criminals throughout the year. They are doing this, mind you, with one-less police officer than TPD had in 2014 and numerous other staffing challenges.

Despite the battle, the Tehachapi City Council, Chief of Police Kent Kroeger and myself refuse to allow criminal activity to inundate this City. As a result, the council recently adopted a police officer recruitment plan to employ additional law enforcement professionals. The response from applicants has been positive and we hope to see new officers on the streets in the coming months. Many of you responded to our community surveys and mentioned crime prevention and our local 9-1-1 response as some of your top priorities. It should be mentioned, the City of Tehachapi is the only local dispatch center in the Tehachapi area. As challenging as our budget may be, we will follow those recommendations as best we can to keep those entities serving the public.

We are not finished with the budget process, but we would still appreciate feedback from our residents via our short budget priorities survey at http://www.LiveUpTehachapi.com/feedback. While this survey is specifically impactful to those inside the city limits, we understand the City's benefit on the Greater Tehachapi Area and would consider those suggestions as well.

We are aiming for long-term self-sufficiency, while addressing the present challenges associated with contract fire service costs and unfunded State mandates. It is an ongoing effort, and your support and feedback will be valuable.