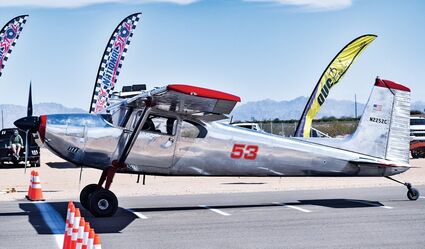 The Husky National STOL is a competition series that holds events all over the United States. The Airport and the City have teamed up with the Series to bring STOL to Tehachapi Municipal Airport on Memorial Day weekend. Tehachapi will be the series' highest altitude event at 4,001 feet above sea level.

STOL, an acronym for Short Takeoff and Landing, is currently the fastest growing aviation motorsport in the industry with competitions popping up all over the U.S. and abroad. At SoCal STOL, pilots will showcase their skill and precision as they compete in this short take off and landing competition.

The format of the competition:

Competing pilots are attempting to achieve the shortest combined takeoff and landing distance in their class.

The competition is centered around a fixed line painted in on the grass strip and marks the start and spot landing target for the pilots and is used as the official point of measure for scoring.

Each aircraft’s main landing gear (the two larger wheels) is staged at the start line by an official line judge, once the pilot is released it is their goal to get both tires off the ground in the shortest distance possible. There are line judges who measure the distance and use Rugged Radio handheld radios to communicate the score to the scorekeeper. All aircraft in each heat are launched approximately 45 seconds apart. When the pilots come in for landing they are aiming to land with the same two wheels on, or just past the fixed line and to stop as short as possible; that score is then measured by the line judges and communicated to scoring. If the wheels touch down before the line, it is referred to as a Scratch; any round where a pilot scratches, that round is disqualified. Every pilot will complete three rounds, the scores for each round are calculated and the pilot with the round with the shortest combined distance in each class wins and takes home some amazing prizes and trophies!

Well-known and competitive pilots within the STOL community are planning to attend SoCal STOL, traveling from the likes of Idaho, Louisiana, Texas, Washington and beyond.

Open practice begins Friday, May 27 at 1:30 p.m. Competition starts Saturday, May 28 at 11 a.m. The event will be open to the public to attend and will offer an up-close and personal experience with the pilots and their aircraft. It will also be live-streamed online, broadcast via Youtube and Facebook. 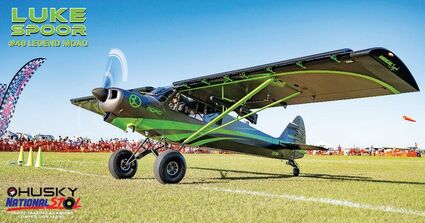 The Golden Age Flight Museum will have several aircraft on display and Red House BBQ, a local favorite, will have a food booth.

Advanced tickets online are $10, children 12 and under are free. Tickets at the gate are $15. Friday practice is free to the public. Gates open at 10 a.m. on Saturday.