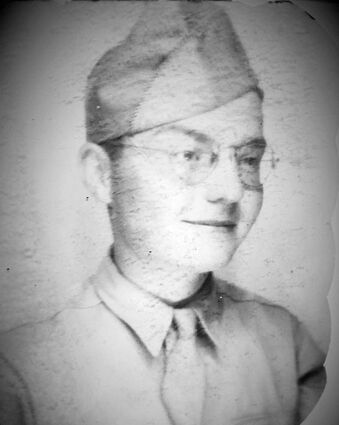 Bill McDaniel or Uncle Bill, as he was known, was James McDaniel's older brother. Uncle Bill was born in Chicago, Illinois as the eldest son of the two boys brought into this world by Dr. Paul Wallace McDaniel and Dorothy Eichenlaub McDaniel.

Uncle Bill attended elementary and high school in Winnetka, Illinois from 1933-45, and immediately enlisted into the U.S. Army Signal Corps and served in WWII from 1945 to 1947.

Upon Uncle Bill's honorable discharge, he attended Lake Forest College and in 1951 received a bachelors degree in Economics/Education. He worked in the field of Real Estate until 1955 upon which he was accepted into post-graduate studies at Miami of Ohio, and in 1956 he received his Master's in Education. He continued his post-graduate studies at Indiana University from 1958-1960 for school administration and counseling.

Uncle Bill was a member of the Phi Delta Kappa and Kappa Sigma social fraternities. He served as an elementary school teacher, principal and college literature instructor from 1956-1973, in the states of Illinois, Ohio, Florida, Idaho and California. Uncle Bill then followed his heart and achieved a Doctorate with the San Francisco Theological Seminary school from 1973-76, becoming a pastor for the Congregational Church in La Jolla, California in 1978.

Uncle Bill was an avid fisherman, inventing many fishing lures. He loved camping, radio broadcasting, poetry and the service of the Lord.

Uncle Bill was called up to the Lord in July 1980 and will be laid to rest at the Bakersfield National Cemetery in Arvin, with full military honors, resting next to his younger brother, James D. McDaniel, on May 20 at 2 p.m. Uncle Bill is survived by his two nephews. We love you Uncle Bill and hope your wish of being a fisherman finally was fulfilled.

Wood Family Funeral Service, Inc. has been entrusted with his care.