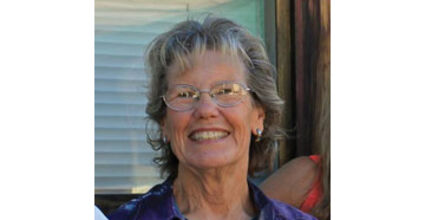 Jennifer and Rudy Montano moved to Tehachapi in December from Salem, Oregon where they had lived for the last three years. For Rudy this is like moving back home. He was born and raised in Palmdale and his parents, brother and sister are still there, but Tehachapi had some of the feel that they had become accustomed to in Oregon. Now with two young children, they wanted to be closer to family. Rudy was hired as an aircraft mechanic with Northrop Grumman in Lancaster and Jennifer, a veterinary technician, is staying at home with their two young ones, Evangeline and Gabriel.

Jennifer was born in Suffern, New York. She has a brother who is still living in New York, but her parents have moved to Florida, as many New Yorkers do. She joined the Army and became a mechanic. Rudy also joined the Army and the two of them met while stationed in Hawaii. Rudy was part of supply at that time. They married and eventually moved to Colorado. Rudy trained to become an aircraft mechanic there and Jennifer went to school and became a veterinary technician. Their daughter Evangeline was born there.

The family moved to Salem, bringing with them a couple of rescue pups. Charge and Ruby were adopted in Colorado. Although he has since passed away, Jennifer said that Charge loved soccer balls. Ruby, who is now 12 years old, is enjoying Tehachapi. Rudy became a helicopter mechanic in Salem and their son Gabriel was born there.

Now in Tehachapi, Jennifer said she is totally involved with Evangeline's activities like T-Ball, dance and painting. The remainder of her time is absorbed with Gabriel. She said she and Rudy are avid hikers when they have the time. They certainly live in the right town for that. They plan to raise chickens and they inherited some bunnies from the prior owner of their new home, a great combination with Easter right around the corner.

Welcome to Tehachapi to the entire Montano family. May you have many wonderful years in your new home.

Cassandra Dover moved to Tehachapi in January from San Luis Obispo, joining her daughter Moriah, who was working for the local Home Depot. Cassandra had lived in San Luis for 15 years. Before her move here she had been working as a cashier for a Grocery Outlet but she said that her favorite job is cleaning. Her aunt ran a motel in Morro Bay and she said she loved making the rooms shine.

Cassandra was born in Los Angeles County Hospital and raised in the Sunland/Tujunga area of the San Fernando Valley. She is an only child and said she believes she attended every elementary school in that area. As an adult she has lived in Sunnyvale, Lompoc and even New Hampshire and Oregon. She said she believes her daughter is really in her element here. Moriah likes to hunt, shoot and go camping and had really wanted to live in Randsburg. Cassandra said she has another daughter, Riley, who is a vet tech living in San Miguel near the coast.

According to Cassandra, her favorite things to do are walking, window shopping and checking out the local thrift shops.

Welcome Cassandra and Moriah. We know you will enjoy living here.