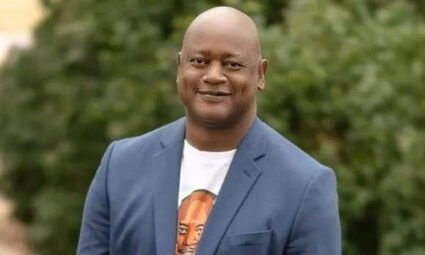 We are privileged to present Clarence J. Pointer as our March Guest Artist at Gallery 'N' Gifts, located at 100 W. Tehachapi Blvd.

Clarence was born in Hillsboro, a small town in Alabama, where he developed his God-given talent. Although he had no formal training, he had the support of family and friends. Over time he had formed his own unique style of drawing. He always believed that creating realistic, detailed masterpieces would showcase his utmost abilities. Pointer welcomes challenging and seemingly difficult projects. It keeps him sharp. Success came after lots of practice, perseverance, self-discipline, patience and determination to be the best.

While serving in the Air Force stationed at Okinawa, Japan a master Japanese artist told him to devote even more time to each project. After applying those words of wisdom, Clarence began winning numerous art contests throughout Southern California and has gained international status.

Here are just a few of his numerous accomplishments throughout his journey as a professional artist:

• He was commissioned to create a drawing of Rosa Parks for a special presentation at Edwards AFB in 1993.

• He was invited to showcase his masterpieces at Motown legend Smokey Robinson's First Annual Celebrity Golf Tournament in 2005.

• He was commissioned to draw cast members of the gospel musical play "God's Trying to Tell Me Something" for their promotional tour.

• He was commissioned to create an entire wall of legendary musical artists for Los Angeles Rams wide receiver Willie "Flipper" Anderson in 1990 consisting of 15 pieces.

• The artist contributes to for Sports Life Magazine, gracing the cover and all the interior artwork.

• He also volunteers by giving quarterly lectures at the local Antelope Valley College with hopes of inspiring the students and encouraging them.

• He serves as a mentor to many via social media as well, sharing his talent and teaching what he has learned through his journey. 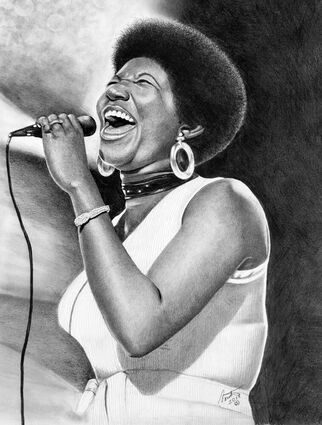 With hundreds of drawings to his credit, the master pencil artist shows no signs of slowing down. Striving to always improve his craft is what drives him. People are sometimes blown away by the optimum level of detail in his work and can't believe he has actually drawn the realistic masterpieces. I guess seeing is not always believing. Some people will remain in disbelief because most of the images actually look like real photography. That is how realistic his work has become over the years. The developmental phase is nearly over. He can basically draw anything on the planet!

Visit his exhibition during the month of March at Gallery 'N' Gifts, and come and meet Clarence during our First Friday reception on March 4 from 4 to 7 p.m.