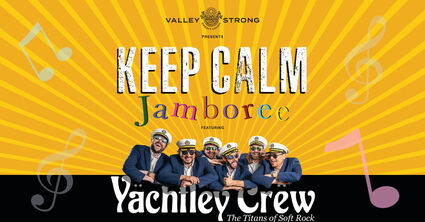 The Jamboree will feature food from local eateries, beer and wine, and live music from Yächtley Crëw, a Los Angeles-area band performing 70s and early 80s soft rock classics known as "Yacht Rock." Gates will open at 6 p.m. The concert will begin at 7:30 p.m.

"We are so excited about bringing Yächtley Crëw to Kern County. I have seen the band on several occasions and can honestly say they are one of my favorites," said Amanda Frank, co-chair of the event's organizing committee. "The goal of the event is simply to have a whole lot of fun while raising funds for two very worthy causes."

Tickets will go on sale on Tuesday, Feb. 15 at http://www.calmzoo.org.

Yächtley Crëw is a Los Angeles band of talented and tenured musicians with a common set of goals: to entertain music lovers with some of the greatest songs ever written back in the late 70s and early 80s, and to have as much fun as possible while performing those hits. A promotional video can be seen at http://www.youtube.com/watch?v=rDFw0165zcM/.