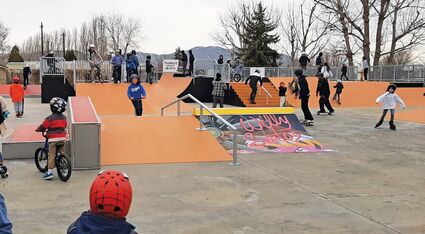 On Dec. 20, 2021, representatives of the Tehachapi Valley Recreation and Park District and the City of Tehachapi were joined by members of the Chamber of Commerce to cut the ribbon for the new Ollie Mountain Sports Park located at 410 W. D Street. Waiting behind the ribbon were about 100 individuals waiting to use the new steel ramps. 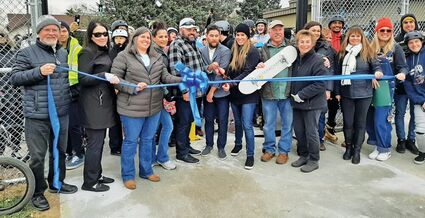 Members of the TVRPD Board and management joined with City and Chamber of Commerce representatives to cut the ribbon and open the new Ollie Mountain Sports Park.

In October of 2020, TVRPD closed the Ollie Mountain Skate Park and removed the ramps. The original wooden ramps had deteriorated, become unsafe and needed to be replaced. The skate park was originally constructed in the early 2000s.

The new park is open to BMX bikes, as well as to roller skates and skateboards, so it has been renamed Ollie Mountain Sports Park. The park was financed through a grant received by TVRPD combined with grant funds received by the City of Tehachapi and donated to the project. TVRPD General Manager Corey Torres presented Tehachapi Mayor Phil Smith with a skateboard sporting the city's logo.

TVRPD Recreation Manager Ashley Krempien announced that helmets are required in order to ride or skate.