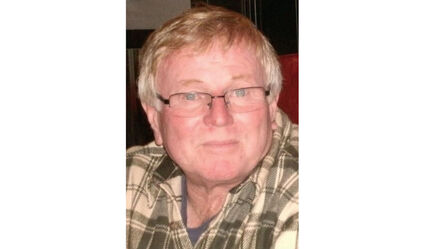 Richard "Rick" Bowen, 75, beloved husband of Joni Bowen, passed unexpectedly into the arms of his Savior on Oct. 4 in Bakersfield. Rick was a longtime resident of Tehachapi.

Rick was born in Seattle, Wash. on March 9, 1946 to George and Gertrude Bowen. Shortly after Rick's birth, the family relocated to Van Nuys, Calif., where the Bowen children multiplied, were loved and raised.

Rick attended Van Nuys High School. He was a natural born athlete and excelled in Track where he quickly became the "Track Star" for VNHS breaking and setting many track records. Rick also attended Pierce College and excelled in track there.

Rick met the love of his life, Joni, in 1983 and they married in 1987. God allowed them to embrace 34 ½ years of a deep love and a beautiful life together. We are now only a breath away, my love.

Rick loved life, loved people, had an infectious laugh and he never met a stranger. Rick had a variety of professions during his life. His favorite was his American Mobile Screen Repair which he owned and operated for 17 years. Retire? Not him!

Rick was a kind man with a gentle Christian spirit. If he thought anyone needed help, he stepped right up to the plate. Rick was blessed with a creative mind and was a Jack of All Trades around his family home. Together Rick and Joni built their dream home in beautiful Tehachapi.

Rick was preceded in death by his parents, George and Gertrude Bowen; sister Margie Isabella; and nephew Brett Purdy.

A Celebration of Rick's life and internment will be held on November 12, at 3 p.m. in the white chapel at Forest Lawn, Hollywood Hills, 6300 Forest Lawn Dr., L.A.

The White Chapel will open its doors at 2:30 p.m. for those wishing a visitation.