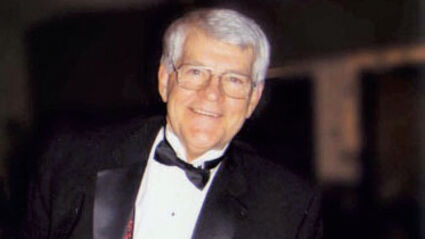 Joe was the oldest son and second of five children, Marilou, Dick, Jim and Mike. In 6th grade, Joe discovered football and a seed was planted. He played through elementary and high school in Toledo, eventually being offered his choice of scholarships. Joe went to Indiana University, and in 1957 he played in the College All Star Game in Chicago, where he met his wife Julie. Joe and Julie were married January 5, 1958 in Kewanee, Illinois. Joe continued his career in football and played for the Cleveland Browns. A late season knee injury took him out for the rest of the year. In 1960, he was signed by the Los Angeles Chargers; however, his knee never healed properly and he retired from football.

Joe and Julie loved Southern California and settled in Sherman Oaks. Joe spent a 30-year career with Los Angeles Parks and Recreation. Joe had many jobs within the department but had a knack for special event planning, like the Lotus Festival and Folklorico events throughout Los Angeles, and working with youth. Joe created "Agents Boys Club" and was able to help troubled kids become community-minded young men.

Joe and Julie started building their dream home in the mountains of Tehachapi in 1988. In 1992, Joe retired and he and Julie moved to Bear Valley Springs full time. There he was coaxed out of retirement and ran The Whiting Center in Bear Valley for three years.

He was an active retiree who helped with countless woodworking projects such as missions for his grandchildren, birdhouses, nativities and frames for his wife's beautiful artwork. He dabbled in wine and candle making, and was an amazing cook. One of his greatest joys was looking out the windows of the home he built to watch the elk, deer, hummingbirds and various mountain creatures wander through his back yard.

Joe was preceded in death by his parents, sister and brother, Dick. He is survived by his loving wife Julie of 63 years; his children Sheri Neely (Jack) and Greg; grandchildren Caitlin Parks (Alaric), Kendall Kuga (Kevin), Cameron Neely, Nicholas, and Christopher; his great-grandson, Calvin; his brothers Mike (Joyce) and Jim; and nieces and nephews who all love him dearly.

*In lieu of flowers please consider making a donation to your local animal shelter or http://www.assistedcares.com The Assisted Care Team gave our family comfort and reassurance that Joe was in the best of hands his final weeks.