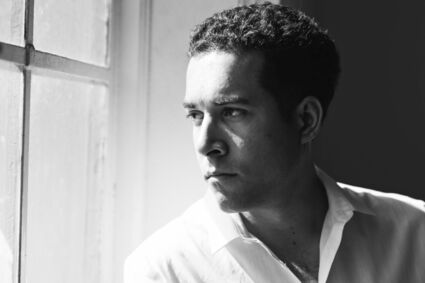 The Tehachapi Symphony Orchestra, under the direction of Dr. David Newby will be performing on Sunday, October 31, at Country Oaks Baptist Church beginning at 4 pm.  Country Oaks Baptist Church is located at 20915 Schout Rd., Tehachapi.  As long as the State rules do not change again, there will be a live concert with a live audience. Everyone will need to wear a mask.

The concert will be held in honor of Paul Granna. Paul played tuba at the June concert, but just recently passed away from COVID.

Southern Californian pianist, Jason Stoll, has garnered many praises and awards for his performances throughout his career thus far. Concert highlights from the 2019-2020 season include a recital debut in Paris, chamber music and concerti across the United States and overseas. Past concert highlights include many solo recitals throughout his native California, New York, Toronto and orchestral appearances with the Miami Music Festival Orchestra, the California State University, Northridge Symphony, the York Symphony Orchestra, and the Tehachapi Symphony Orchestra. Stoll has also competed internationally and was named a semi-finalist in the 2015 Dublin International Piano Competition and finalist in the 2013 American Paderewski Piano Competition.

Over the years, Stoll has been both participant and performer at several notable summer music festivals including the Adamant Music School, the Aspen Music Festival, Pianofest in the Hamptons and the Miami Music Festival. While in residence at these festivals, Stoll has had the privilege of working closely with a plethora of faculty from many prestigious conservatories and universities. As part of the Adamant Music School's annual recital at Weill Recital Hall at Carnegie Hall, Stoll was invited by the school to perform at their 68th, 70th and 72nd anniversary recitals.

Stoll holds degrees from California State University, Northridge, the Juilliard School, and the Glenn Gould School of the Royal Conservatory of Music in Toronto. His principal teachers included John Roscigno, Dmitry Rachmanov, Matti Raekallio, Jerome Lowenthal, John Perry and David Louie. While at Northridge, Stoll was the recipient of the Bronislaw-Gimpel Award, the Arts Council Scholarship and the Outstanding Piano Student Award. Over the years, Stoll has had the privilege of participating in masterclasses working closely with many distinguished artists including Leon Fleisher, Emmanuel Ax, Stephen Hough and Manahem Pressler. As a teacher himself, Stoll has served on the faculty of the Bronx Conservatory of Music for three years teaching private piano lessons.

Currently, Stoll is a piano instructor and lecturer at California State University, Northridge, and is also a freelance pianist, masterclass presenter and adjudicator throughout the Los Angeles area. Apart from pianistic activities, Mr. Stoll is a fan of the NBA, tennis, juggling, bowling and ping-pong.

Audience members may meet Dr. Newby, Jason Stoll and musicians during the reception following the concert. All Tehachapi Symphony Orchestra concerts are free to the community. For more information, see http://www.tehachapiorchestra.com or call (661) 821-7511.