At their September 13 meeting, the Tehachapi Planning Commission approved the development of 55 of the remaining lots of Alta Estates located just west of Curry St. and south of Pinon St. The lots will be developed by nationally-known developer K. Hovnanian Architecture. Hovnanian had originally submitted three models to the City in Hacienda, Farmhouse and Spanish styles. The City in return asked for four models to include two Farmhouse styles. The homes will be from 1,900 to 2,400 square feet. 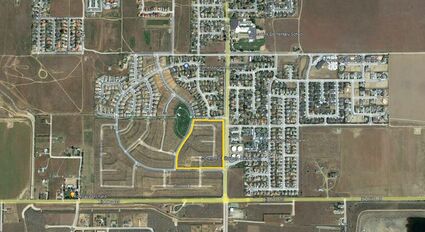 The Alta Estates development was originally approved in 2003 and was only partially constructed. As a result all the infrastructure including water, sewer and streets have been completed. Escrow on the property is expected to close in October with some redesign work to be done to make the models ADA compliant. Current estimations are that the models could be completed about mid-year 2022.

The Tehachapi City Council approved the project at their September 20 meeting.

The Tehachapi Planning Commission meets on the second Monday of each month at 6 p.m. They are currently meeting at the BeeKay Theatre, 110 S. Green St.