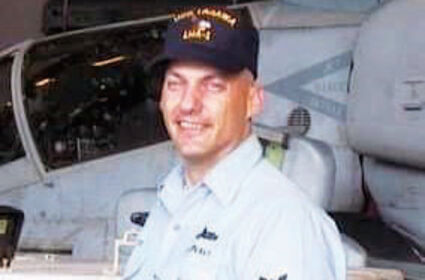 Mark was the son of Jack and Sharon Wood and was born on July 17, 1965. He graduated from Boron High School in 1983 and joined the Navy in 1984. He was an Engineman and served proudly for 20 years. He married Jennifer Lori Raymond on November 1, 2003.

Mark loved baseball, which he played in high school and was a lifelong Padres fan. He also played the drums while in high school, which led to his amazing drum solos in the car. He later took a liking to watching college football and hockey. He also liked to take part in different veteran organizations.

Mark was preceded in death by his parents who passed on June 2, 1978, and his sister, Sherry Lynn Wood who passed in 1967. He is survived by his wife Jennifer Lori Wood and his six children, Kenneth Fajardo, Kim Fajardo, Jennifer Ristau, Joslyn Bryan, Jeffrey Wood and Emily Wood. He is also survived by his twelve grandchildren.

He would like any charitable donations to go to veterans Home in Lancaster, National MS Society, and American Cancer Society.