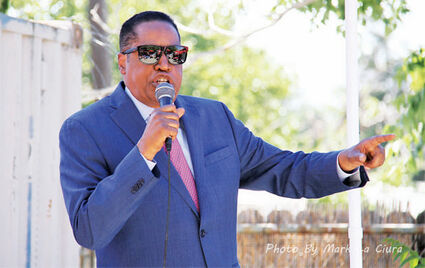 Larry Elder loved his visit to Tehachapi on August 4. "Those are my kind of people!" From the start, the theme was clear: People are hungry for leadership in California; we've got a state to save!

Elder emphasized that the current Governor was entirely hypocritical in dealing with the COVID lockdowns. "Sitting up there at that French Laundry restaurant with the very lawmakers and medical personnel of his staff who drafted the mandates that they then violated by not wearing masks and by not engaging in social distancing." Elder stated that if he were to win the recall election there would be "no mask mandates or vaccine mandates, and, in any place they exist, they will immediately be revoked."

Elder, himself, said he has been vaccinated, but emphasized that it is a personal choice in dealing with one's own health decisions.

Elder also fully debunked the claim of police officers driven by the issue of "systemic racism." "It's a lie," he said. "I will defend, not defund, the police. We cannot have safe streets while demonizing the very people who risk their lives every single day to protect us." 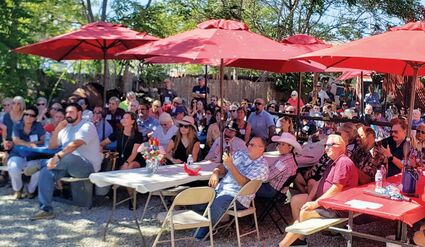 The Larry Elder Meet 'n Greet was hosted by the Greater Tehachapi Republican Party and held at Red House BBQ.

Elder went on to say that his first actions will focus on homelessness, school choice and thwarting the rising crime rates. Elder mentioned that he would declare a statewide emergency on homelessness in order to waive the formalities of CEQA (California Environmental Quality Act), to help expedite low-cost housing construction across the state. He would also rapidly respond to implement school choice in California, so that state dollars "follow the child rather than the other way around."