The show goes on! TCT returns 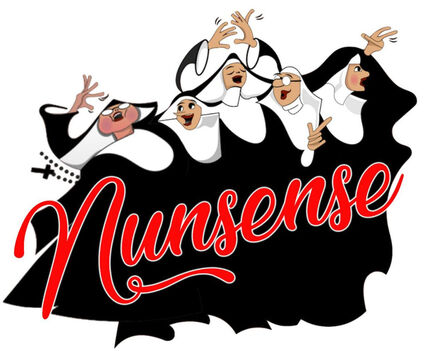 The return to normalcy is a relative term. For the cast and crew of "Nunsense," it simply means being able to step back onto the BeeKay Theatre stage for rehearsals with actual cast members and stagehands nearby.

"You don't realize how much you needed it until you get back into it," said Leslie Reynolds, who joins with a very talented cast in Tehachapi Community Theatre's performance of "Nunsense," which runs Sept. 10-Oct. 3. "I'm so happy to sing and dance with someone who is actually in the same room. We've been reacquainting ourselves on what we've all missed so much."

TCT is one of the few production companies in America – Broadway included – that is moving forward with a 2021 season. "Nunsense" will be its first Broadway musical since the entertainment world shut down last spring. It has been "on hold" for the past 18 months.

"We're excited about this," said Laura Kaminski, who plays the part of Sister Mary Amnesia. "It's been a lot of fun. You can just tell that everyone is very happy to be getting in on in-person entertainment," she said. "You just get that feel-good vibe."

"Nunsense," a musical comedy, was written in 1985 by Dan Goggin. It originated as a line of greeting cards featuring a nun offering tart quips with a clerical slant before being expanded into a full-length show that appeared off-Broadway for 38 weeks. The second longest-running off-Broadway of all time. Over the years, more than 25,000 women have performed in "Nunsense" productions.

The musical follows the antics of the Little Sisters of Hoboken, who find themselves in a financial dilemma that requires them to raise funds by putting on a benefit performance.

The TCT cast includes both veterans and newcomers alike. But, as you will see, all are extremely talented and the show will make you want to come back and see it again and again. Cast: Laura Kaminski (Sister Mary Amnesia), Jenifer Thysens (Sister Mary Regina), Leslie Reynolds (Sister Mary Hubert), Opal Martin (Sister Robert Anne), and Sierra Christian (Sister Mary Leo). "Nunsense is directed by Doug Jockinsen.