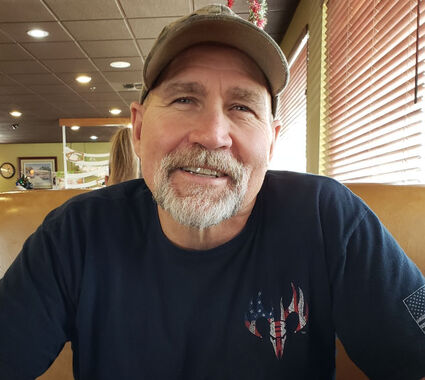 He was the son of Jim Clarence and Lila Joy (Hancock) Sala. Andy grew up in Bakersfield and was a graduate of North High School. Following his high school graduation, Andy served his country by joining the United States Air Force. He was an airman first class and was stationed in Okinawa, Japan during most of his tour as an aircraft maintenance specialist.

Following his military service, Andy went to work for the United States Postal Service. He started as a janitor and with his hard work and attention to detail, he worked his way up to maintenance mechanic. There wasn't anything he couldn't fix. He truly loved his job and took great pride in his work. Upon his retirement from the USPS, Andy moved to Oklahoma to reconnect with family. After arriving in Oklahoma, Andy found his calling on his farm in Shawnee. He loved working on his farm, tending his animals and being a student of his Lord, Jesus Christ.

When he wasn't working, Andy enjoyed hiking and spending as much time as he could outdoors. He was a meticulous carpenter and he loved to travel. Throughout his lifetime, he had traveled to all corners of the globe. He started traveling when he was just a boy, first going to England, where his family lived while his father worked overseas. He continued to travel all over the United States and the world throughout his life.

The work ethic that Andy had will not soon be forgotten. He loved passing on his knowledge and skills to his children and the many who were lucky enough to know him. He always went above and beyond when called upon and he will be well received as a carpenter of the Lord.

The love he had for his children was known by all. He spread joy and kindness to everyone he met and loved to share stories that made people laugh. He was drawn to and had a heart for the hurting and young military service members. He was always willing to pray for anyone around him.

Services are under the direction of Parks Brothers Funeral Service in Prague, Oklahoma. An online guestbook is available at http://www.parksbrothers.net.