'Brews on the Mountain' set for October 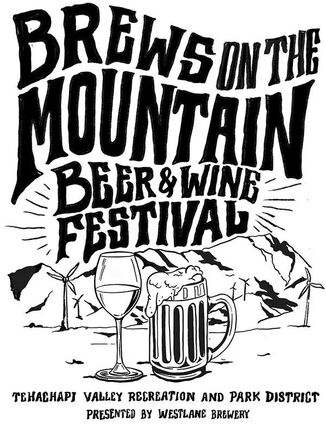 At the July meeting of the Tehachapi Valley Recreation and Park District Board, Ashley Krempien, TVRPD Recreation Manager, announced Brews on the Mountain Beer and Wine Festival. The new event will take place on Oct. 23 at Grimes Field at West Park, 490 West D Street, from noon to 4 p.m.

Tehachapi’s Westlane Brewery will be the presenting sponsor. World Wind and Solar (WWS), BHE Renewables and Bowe Contractors have also signed on as sponsors. General Admission will be $40 and include a commemorative glass. VIP tickets will be $75 and include early admission (11 a.m.), a T-shirt and glass. A Designated Driver ticket is available for $15.

Krempien said that so far 10 breweries have signed up. Stay tuned for more information as it becomes available.