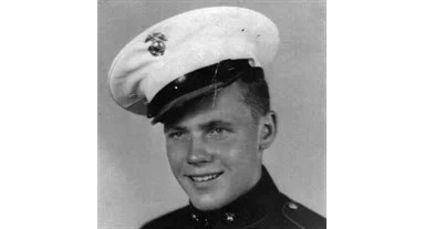 Harold Eugene Jensen, 93, of Lancaster, California, passed away on June 1.

Hal, as he liked to be called, was born February 19, 1928, in Knoxville, Iowa, to Carl and Hazel Jensen. He joined the Marines in 1945, served in the Korean War and was honorably discharged in 1952. He moved his young family to Lancaster in 1958 and began working in the aerospace industry starting at Convair, at Edwards AFB. He then went to Lockheed in 1960, where he retired as a plant manager in 1993.

Hal was preceded in death by his wife, Shirley Mae Jensen; his daughter, Sandra (Jensen) Alfred; his son Michael Jensen; and son-in-law, Larry Trupp. He is survived by his daughter, Susan (Jensen) Trupp; grandchildren, David Johnson, Kelly Trupp Pszyk, Michael Trupp, Sarah Trupp Wheeler; and six great-grandchildren. Funeral arrangements are entrusted to the care of Wood Family Funeral Service in Tehachapi. Hal will be laid to rest at Bakersfield National Cemetery in Arvin, California, on June 21, 2021, at 9:15 a.m. For condolences, please visit http://www.woodmortuary.net.