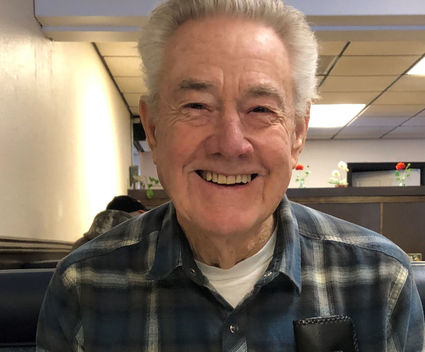 Richard Thomas Kemmerer passed away on April 21 at 80 years old. At the time of his passing Richard was home with his family by his side.

Richard served in the Navy and worked in aviation as a supervisor for several companies. He was able to retire at a young age which allowed him and his wife of 55 years to travel. Richard's two favorite activities were playing bridge and golfing.

Richard was preceded in death by his parents Virgil Walter Kemmerer and Thelma Elizabeth Hunt-Kemmerer, his sister Barbie Smith and granddaughter Brittany Sosebee. He is survived by his wife Carol Kemmerer, whom he married March 5, 1966, his sister Virginia Haydt, three daughters: Shelly Ball, Shari Baron and Julie Buchanan, nine grandchildren and nine great-grandchildren.

Richard was laid to rest May 4 at the Bakersfield National Cemetery with Navy honors and close family to witness.

In lieu of flowers, donations can be made to Bristol Hospice who took loving care of our Richard. Here is the direct website http://www.bristolhospicefoundationca.org

Wood Family Funeral Home has been entrusted with his care. For condolences, please visit http://www.woodmortuary.net.