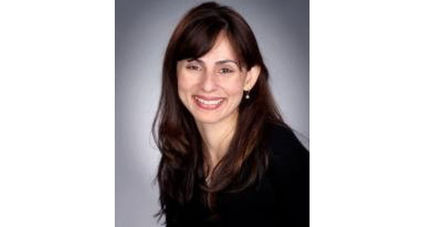 The Board of Trustees for the Kern Community College District named the sixth chancellor in its history on April 19.

The Kern Community College District (KCCD) is one of the geographically largest community college districts in the nation, serving an area of approximately 25,000 square miles in parts of Kern, Tulare, Inyo, Mono and San Bernardino Counties.

The district is governed by a locally elected Board of Trustees, made up of seven members. The district's service area is broken into seven segments, and one board member is elected from each area. The current members are President Romeo Agbalog, Vice President Kyle Carter, Nan Gomez-Heitzeberg, Jack Connell, John Corkins, Yovani Jimenez and Kay Meek.

The selection process has been ongoing since current Chancellor Thomas Burke announced his decision to retire at the end of the current school year after more than 24 years of working as a community college administrator.

Christian is not a stranger to the communities served by the Kern Community College District. She started as a mathematics faculty member in 1991 and served as a faculty member, department chair and dean until December 2002, when she headed to Oregon.

Christian came back to the KCCD as the 10th president of Bakersfield College in January 2013. Under her leadership, student preparation, accomplishment and achievement have improved through innovative partnerships and programs involving community and local school leaders and BC administrators, faculty and staff. During her time in office, she has led BC in its efforts to improve student achievement through Guided Pathways, and other innovative and forward-thinking strategies.

Christian is an advocate for the role of the community college beyond BC's campus, sharing her knowledge and ideas through articles and speaking opportunities. She is currently the chair of the accreditation commission. She is a strong and respected leader and collaborator who promotes the values of student access, success, equity, completion, quality and sustainability within institutions of higher education.

Christian, in her acceptance comments, thanked the seven Kern Community College District Trustees for their vote of confidence in her, referring to KCCD as her home, having spent 20 of her 30-years-long professional journey serving the communities within the KCCD service area.

"In 2012, I returned home to be the tenth president of Bakersfield College," she said. Christian described KCCD colleges as a beacon of hope and an engine that drives economic and social mobility in the region.

She concluded with "Faculty and staff, I look forward to our work together supporting the communities we serve across the entire District and locking arms with you to lift all of our students. The future is bright at the Kern Community College District."

"The Kern Community College District Board is happy to have such a qualified candidate that understands the communities that it serves, will advance our mission of student success and equity and harness new opportunities as we transition out of the year of the pandemic. We have full confidence that Dr. Christian is exactly the person to lead us in such a time as this," said Romeo Agbalog, president of the Board of Trustees.

Kay Meek, Board of Trustees member and Chair of the selection committee was proud she was able to work with a very dynamic and extremely engaged 20-member committee that represented Porterville College, Cerro Coso Community College, Bakersfield College and the district office, as well as three community members representing the service areas for each of the colleges.

"I would like to officially and formally recognize and thank every member for their work. Your dedication during this search will make sure our district stays strong," she said.

The event was attended by President Claudia Habib from Porterville College and President Sean Hancock from Cerro Coso Community College, many community leaders and members of the KCCD faculty and staff. It was an exciting day for the Kern Community College District which has been led by only five other Chancellors in its history.