Another record-breaking year of fundraising for Give Big Kern 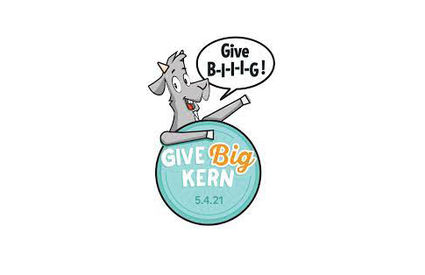 Kern County’s Nonprofits enjoyed yet another record-breaking year of support from our generous community, as well as donors who gave to them through http://www.givebigkern.org from as far away as Tokyo, Japan; Sibiu, Romania; Nordby, Norway; Singapore; and two cities in the Western Cape Province of South Africa.

The grand total of Kern’s countywide online day of giving, after prizes to top performing nonprofits were added to the final tally, was $831,725, which will benefit 129 participating nonprofits. That is an increase of 13 percent over last year’s $738,518.

Some records that were set in Give Big Kern 2021, which was observed Tuesday, include:

• First time an agency, Bakersfield Angels, a nonprofit that assists foster families, children and youth, raised more than $100,000, with a whopping $147,926 in donations, far exceeding last year’s record of most dollars raised by an agency - $69,785;

Hosted by Kern Community Foundation as part of its Nonprofit Strengthening Initiative, Give Big Kern’s goal is to increase the Visibility, Capacity and Sustainability of local charities. Since its launch in 2016 on the first Tuesday in May as “One Day to Celebrate the Giving Spirit of Kern County!” the effort has now raised more than $2.5 million and procured close to 390,000 pledged volunteer hours from thousands of community members for the benefit of Kern’s nonprofit sector.

“Year after year, the results of Give Big Kern illustrate the giving spirit of our community, as well as the amazing efforts of our nonprofit partners,” said Foundation President and CEO Kristen Beall Watson. “It is truly inspiring to see the resilience of so many of these organizations that have been hit hard by the pandemic. Our hats are off to everyone who came together to celebrate this wonderful place we call home.”

Participating in Give Big Kern is a free opportunity for nonprofits registered with Kern Community Foundation and delivering services in Kern County. Give Big Kern was recognized in 2019 and 2020 with the Greater Bakersfield Chamber of Commerce’s Beautiful Bakersfield Award for helping to create “A Better Bakersfield.”

During the Give Big Kern fundraising campaign, which opens a month ahead of the giving day and ends one day after it to capture donations from both early-bird donors and “lovable procrastinators,” donors and volunteers can give dollars or pledge volunteer hours online to their favorite Kern County nonprofits.

This year’s winners in our popular friendly competition for prizes courtesy of our monetary sponsors are:

• $1,000 for most dollars raised by a rural nonprofit outside of Greater Bakersfield - Strength of Shadow Dog Rescue

• $1,000 for the most dollars raised during the Giving Day noontime “power hour” - Marley’s Mutts Dog Rescue

• $1,000 for the most dollars raised during the Giving Day evening “power hour” - Independence Through GRACE

• $1,000 for 100 percent board participation in giving opportunity drawing - The League of Dreams

Prizes were based on performance through midnight on Give Big Kern Day, May 4. Individual winners’ achievements can be viewed at: http://www.givebigkern.org/prizes.