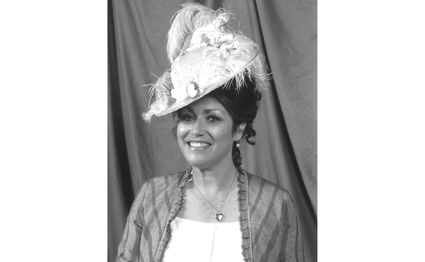 Sherry (Sheri) was born to Peter M. and Dollie L. Whitlow on Nov. 18, 1952, in Muscatine, Iowa. She passed away on March 16 in Barstow, California, due to complications after having COVID-19 and pneumonia. She was 68 years old. She was a former resident of Tehachapi from 1984 to the 1990s.

Sheri spent the first seven years of her life growing up in a small town in Iowa. In August of 1959, the family moved to Southern California where she lived until she moved to Tehachapi.

Sheri grew up with five siblings: four sisters and one brother. Her family was close-knit and very supportive of one another. She loved life and was always looking for new adventures. Her beautiful smile was remarked upon by all who met her.

Sheri began her modeling career as a teenager and was a participant in many beauty pageants where she received many titles, including "Miss Hollywood." She was a professional dancer and later in life a singer with her husband Ray. They performed in Branson, Missouri, and other places. She was the owner of her own childcare facility and co-owner of the Masquerade Mart Costume and Party Supply Business.

Sheri was diagnosed with Multiple Sclerosis in her early 30s and spent the rest of her life in and out of remission but never let it take control of her ambitions.

Sheri married her first husband, Dan Simmons, in 1974. Their son, Jefferson Davis Simmons, was born on March 28, 1976. Her second marriage was to Ray K. Phelps. They were together for almost 25 years until he passed away. They were residents of The veterans Home of California-Barstow at the time of his death.

She is survived by her son, J.D. Simmons of Aubrey, Texas and grandson, Cayden Trace Simmons of Jupiter, Florida; five siblings, Patricia Phelps and husband Glen, Joseph Whitlow, Phyllis Fisher, all of Tehachapi, California, Donna Jones and husband, Victor, of Caliente, Nevada, and Mona L. Seisa and husband Peter of Boulder City, Nevada; as well as numerous nieces and nephews, who all loved her whole heartedly.

Wood Family Funeral Service, Inc. has been entrusted with her care. For condolences, please visit http://www.woodmortuary.net.