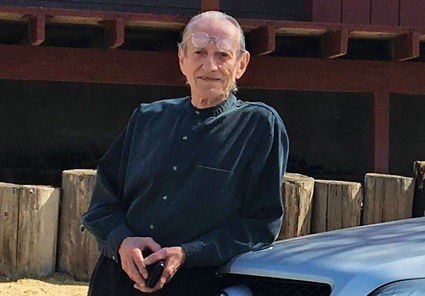 Jean-Louis Janssen passed away peacefully at his home in Bear Valley Springs, California, following a brief illness, in the early morning hours of February 4, 2021, at the age of 79. JJ, as he was known by his friends and loved ones, was born and raised in war-torn, occupied Belgium on June 10, 1941, to entertainers Jean-Pierre Janssen and Marie Francoise Audermans.

He moved to the United States at a young age and graduated from Boston University, holding a master's in business administration. Upon graduating from college, he moved to Santa Monica, California and was an entrepreneur, business consultant, promoter, manager, producer, musician, deal maker, etc .; he covered it all. He resided in Beverly Hills, San Francisco, Malibu, Laurel Canyon, the jungles of Costa Rica and beyond.

JJ had a love for classic cars, owning a Packard, Lamborghini, Lotus, several Mercedes Benz and other. He sailed the world with friends seeking their own personal paradises. He lived an extraordinary life, traveling the world.

Amongst his many other talents as a businessman, consulting for Hilton Hotels, Mobil Oil and others, he was also an accomplished bass guitarist playing with such renowned headliners as Joey Dee and the Starlighters, Three Dog Night, Sir Paul McCartney, David Bowie and many others. JJ enjoyed creating music videos for Disturbingmusic and others and continued helping friends reach their business goals.

After his semi-retirement from his consulting firm, The Janssen Ellison Co., JJ moved to his mountaintop retreat home in Bear Valley in the early to mid-1990s. Jean-Louis brought much love, joy, wisdom, and teachings to all he knew. He was a man who cherished, valued, and supported children and animal causes, giving so much to such charitable organizations. JJ adopted, sponsored, and educated a child in Africa who, repaying his generosity, became a nurse to serve her fellow countrymen.

JJ was a man who loved his dear wife, Dianne, who in turn admired, loved and respected him. He was a great and gentle man who spent a lifetime making a difference in others' lives by sharing what he could for family, friends, and those in need.

Jean-Louis is survived by his loving wife, Dianne Walker Janssen. In lieu of flowers, the family has requested that his many friends and loved ones give generously, in his memory, to any of his beloved philanthropic organizations.

A MAN LARGER THAN LIFE. REST IN PEACE, OUR DEAR FRIEND.