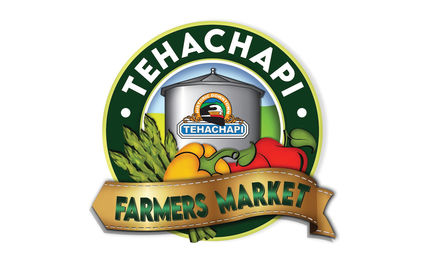 At their February 1 meeting, the Tehachapi City Council voted unanimously for the City to take over the management of Farmers Market from Main Street Tehachapi. Due to dwindling membership and business participation, as well as the impact of COVID-19, the 20-year-old organization voted to dissolve and assign its events to other community groups.

Fifteen years ago Main Street had taken over Farmers Market from the City with the City assisting with street closures, and the logistical support of the Police Department and Public Works. Working with former Main Street board members and market managers, City staff will take over the responsibility of the continued support including health department permitting and vendor organization. Proceeds from sponsorships and vendors will be allocated to health department permitting and Downtown-specific causes such as mural maintenance.

The City Council also approved a request from Tehachapi Valley Recreation and Park District for a financial partnership to rebuild the skate park, which was so dilapidated that it recently had to be closed for good. Both the City and TVRPD are recipients of grant funds from the General Per Capita Program included in Proposition 68 which was approved by voters in June of 2018. These funds must be used for local park rehabilitation, improvement or creation. The combined grant allocations would provide over $375,000 for the rehabilitation of the skate park.

In other business, the Council unanimously approved the 4th of July fireworks show. As with 2020, the show will happen even if other events must be curtailed. It is an event where social distancing is not an issue. Wes Backes was reappointed as one of the two City representatives on the TVRPD Board. His four year term will end on February 2, 2025. City Manager Greg Garrett announced that Tehachapi Finance Director Hannah Chung has again been honored by the Government Finance Officers Association with a Certificate of Achievement for Excellence in Financial Reporting.

The Tehachapi City Council meets at 6 p.m. on the first and third Monday of each month. The agenda and link to the telephonic meetings are available on the City website http://www.liveuptehachapi.com/94/Council-Meetings .

At their February 8 meeting, the Tehachapi Planning Commission approved four illuminated signs and one monument sign for the new TownPlace Suites now under construction in Capital Hills near Adventist Health Tehachapi Valley hospital. It is hoped that the new extended stay hotel, which has suffered construction delays due to COVID, will still open in 2021.