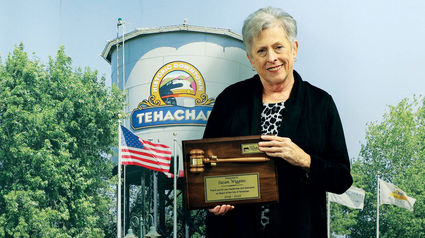 Remarking about her professionalism, Smith thanked her for her, "leadership and dedication as Mayor of the City of Tehachapi."

Wiggins stepped in as mayor following the passing of former Mayor Ed Grimes. "It has been my pleasure and honor to be mayor of this fine city,' said Wiggins.